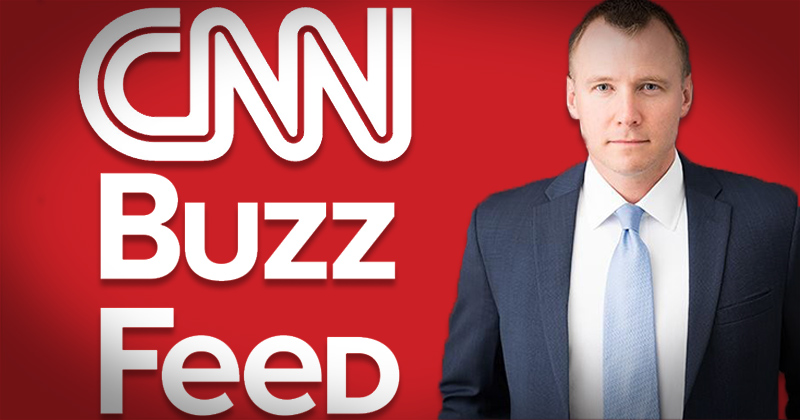 A report released Monday exposed the fact that former FBI Director James Comey conducted a “covert operation” against President Trump by placing a spy in the White House in 2017.

Initially, the identity of the spy was unknown, but now, testimony from an anonymous National Security Council official claims Buzzfeed employee and CNN contributor Anthony Ferrante is the FBI agent Comey planted.

Sources familiar with the DOJ Inspector General’s report into FBI misconduct said, “In addition to adding notes of his meetings and phone calls with Trump to the official FBI case file, Comey had an agent inside the White House who reported back to FBI headquarters about Trump and his aides, according to other officials familiar with the matter.”

The alleged spy stole information from the White House and shared it with Comey, a revelation which caused federal juries in three states to begin handing out indictments.

Ferrante didn’t work at the White House long, as Paul Sperry reports: “The agent, Anthony Ferrante, who specialized in cybercrime, left the White House around the same time Comey was fired and soon joined a security consulting firm, where he contracted with BuzzFeed to lead the news site’s efforts to verify the Steele dossier, in connection with a defamation lawsuit.”

FBI counterintelligence agent and lawyer Mark Wauck said Comey had no precedent to spy on the Trump administration.

“They had no probable cause against Trump himself for ‘collusion’ or espionage,” Wauck stated. “They were scrambling to come up with anything to hang a hat on, but had found nothing.”

Ferrante is far from the first Deep State operative to be employed by mainstream media outlets, as Infowars has pointed out in the past.

In fact, following Trump’s election, a mass exodus of intelligence operatives took place and many of them went on to work with left-wing media outlets.

Josh Campbell, James Clapper, John Brennan, Michael Hayden, Phillip Mudd and Clint Watts are just SOME of the former members of the CIA, NSA, FBI, and other agencies to join MSM.

Operation Mockingbird is alive and operating, which is why President Trump is right when he says Fake News is the enemy of the people.

In the following show segment, Alex Jones explained how federal grand juries in three states are expected to hand out indictments stemming from the theft of classified information from the White House.

Ted Koppel spoke with Marvin Kalb at the Carnegie Endowment for International Peace and said he was shocked at how the MSM has decided Trump is bad for America.