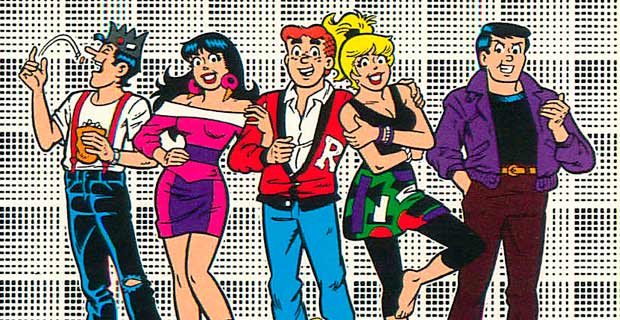 In the latest example of anti-gun rhetoric in mass entertainment, Archie, the iconic comic book character, will die in an upcoming issue of his namesake comic after taking a bullet meant for a gay senator pushing for more gun control.

Archie’s death will occur in the penultimate issue of the “Life with Archie” series, in which he attempts to intervene an assassin trying to kill Senator Kevin Keller, Archie’s gay best friend and a rabid gun control advocate.

“From my point of view, I’m proud of the stance we’ve taken here, and I don’t think it’s overtly political on any level,” he specifically said.

Lately there’s also been a massive influx of anti-gun rhetoric in movies as well.

For example, Dawn of the Planet of the Apes, the latest film in The Apes franchise which is now in theaters, directly attacks the Second Amendment by portraying apes acquiring firearms with disastrous consequences.

“The Apes franchise has always been a politically loaded one, and this latest entry states its left-wing credo in ways both allegorically implicit and bluntly direct,” Guy Lodge wrote for Variety. “You’d have to be pretty obtuse to miss the pro-gun-control subtext attached to misdeeds on both sides of the man-monkey battle.”

And anti-Second Amendment activists approve of the film’s subliminal messages.

“In many cases, [movies] are cultural touchstones that we can talk about decades later,” Ladd Everitt, a leader of a gun control organization, told MTV. “I think [Dawn] is important, I really do, particularly for a film where there will be a wider viewing.”

“You’ll have young people seeing it and reacting to it — it doesn’t always even have to be a conscious reaction; there could be some subconscious text there going on, too.”

So in other words, it’s somehow appropriate to use films to brainwash the American public into giving up their gun rights, and not surprisingly, this is exactly what Attorney General Eric Holder proposed back in 1995.

“We need to do this every day of the week and just really brainwash people into thinking about guns in a vastly different way,” he said to the Woman’s National Democratic Club.

The gun control subtext of Dawn is likely the result of President Obama’s trip to Hollywood late last year when he preached an anti-gun message to Hollywood execs, particularly with Dawn’s producer Harvey Weinstein who has publicly attacked gun rights in the past.

“I don’t think we need guns in this country, and I hate it,” he said in an interview with radio host Howard Stern.

Weinstein has also produced other movies which frowned upon the right to keep and bear arms, such as 2008’s Cloverfield in which not a single citizen is shown to possess a firearm, only the military and the police.

Similarly, TV host David Letterman also attacked guns back in June in a segment of The Late Show, and the resulting backlash was so severe that the show’s staff apparently disabled the comment section for the YouTube video of the segment.