China’s largest social networks have partnered with the country’s Communist government to create a credit score system that will measure how obedient its citizens are, a chilling prospect that could one day arrive in America if social justice warriors get their way.

Entitled ‘Sesame Credit’, the program, “Aims to create a docile, compliant citizenry who are fiscally and morally responsible by employing a game-like format to create self-imposed, group social control. In other words, China gamified peer pressure to control its citizenry; and, though the scheme hasn’t been fully implemented yet, it’s already working — insidiously well,” reports Zero Hedge.

Sesame Credit is operated by Alibaba and Tencent, two companies that run all the top social networks in China, including Weibo, which has over 200 million users. It works by measuring not only purchase and bill paying history but also “political compliance.”

“Among the things that will hurt a citizen’s score are posting political opinions without prior permission, or posting information that the regime does not like, such as about the Tiananmen Square massacre that the government carried out to hold on to power, or the Shanghai stock market collapse. It will hurt your score not only if you do these things, but if any of your friends do them,” warns the ACLU.

In other words, people will face the threat of not only becoming a target of state surveillance, but also losing their friends if they express political views frowned upon by the state. This social pressure would obviously make individuals far less likely to criticize the government or to counter a dominant social narrative. The credit scores can also be seen by anyone, adding the further burden of potential public shaming for controversial opinions.

The idea is ripped straight from the script of The Prisoner – a cult 1960’s TV show in which the authorities in control of ‘The Village’ attempt to break Number 6 and strip him of his individuality. In one episode, Number 6 is declared “unmutual” and faces ostracization from the rest of the community.

Rick Falkvinge compared this new method of molding the ‘good citizen’ to how the KGB and the Stasi would neutralize dissent.

“The KGB and the Stasi’s method of preventing dissent from taking hold was to plant so-called agents provocateurs in the general population, people who tried to make people agree with dissent, but who actually were arresting them as soon as they agreed with such dissent, he writes. “As a result, nobody would dare agree that the government did anything bad, and this was very effective in preventing any large-scale resistance from taking hold. The Chinese way here is much more subtle, but probably more effective still.”

Johan Lagerkvist also warns that the program will scrutinize what books people read, labeling it akin to “Amazon’s consumer tracking with an Orwellian political twist.”

Sesame Credit is currently opt-in only but is set to become mandatory by 2020.

Could such a system ever take off in America? For years, the Obama White House has been pushing cybersecurity initiatives that would mandate de facto government permission to use the Internet. Since web access would be linked with an individual user’s identify, it could easily be restricted if that individual dares to dissent against the state.

A credit score for expressing politically correct opinions also sounds like a utopian wet dream for social justice warriors, who utilize the power of mob outrage to pester governments and corporations into publicly shaming people who challenge their narratives.

Indeed, prominent feminists are already calling on the United Nations to pressure ISPs and governments to cut off web access for those who dare to disagree with feminists and leftists online.

If the we continue to treat the feelings of perpetually offended outrage mobs with more importance than free speech – particularly controversial and unpopular free speech – there’ll be no need for governments to impose a social credit score to control citizens – we’re already imposing it on ourselves by default. 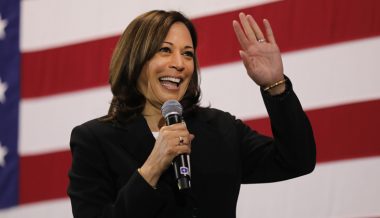