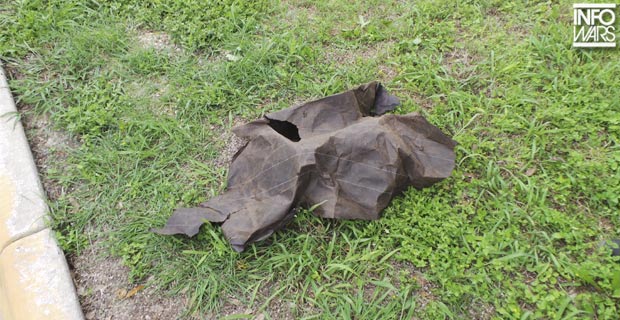 A communist group advocated the death of “bourgeois” middle-class Americans as part of a “Red Terror” murder campaign, raising concerns over the possibility of politically-motivated violence this summer as communists are increasingly leading anti-police protests across America.

“Red Terror is the state of revolution after the bourgeois [middle-class] dictatorship has been smashed and a dictatorship of the proletariat [working-class] has been established…” Red Guard Austin stated on the group’s official Facebook page.

“The moment Alex Jones crosses my mind is the moment I remember how I long for Red Terror,” one Red Guard member said.

At the pro-life rally, the communists initially attempted to censor free speech of demonstrators by blocking their signs with black tarps. When that didn’t work, they attacked Jones, stole Infowars equipment, yelled Satanic chants and even littered on private property.

The communists have also advocated war against cops.

Numerous “Red Terror” campaigns occurred over the past 100 years during communist uprisings in Russia, China, Spain, Hungary and other countries.

Perhaps the most famous “red terror” campaign occurred right after the Russian Revolution of 1917 when the Bolsheviks killed anywhere from 50,000 to two million political dissidents.

According to historian Robert Wilde:

The aims of the Red Terror were twofold: because Lenin’s dictatorship seemed in danger of failing, the Terror allowed them to control the state and reforge it through terror. They also aimed to remove whole classes of state ‘enemies’, to wage a war by the workers against bourgeois Russia.

To this end a massive police state was created, which operated outside the law and which could arrest seemingly anyone, at anytime, who was judged a class enemy. Looking suspicious, being in the wrong time at the wrong place, and being denounced by jealous rivals could all lead to imprisonment.

Hundreds of thousands were locked up, tortured and executed.