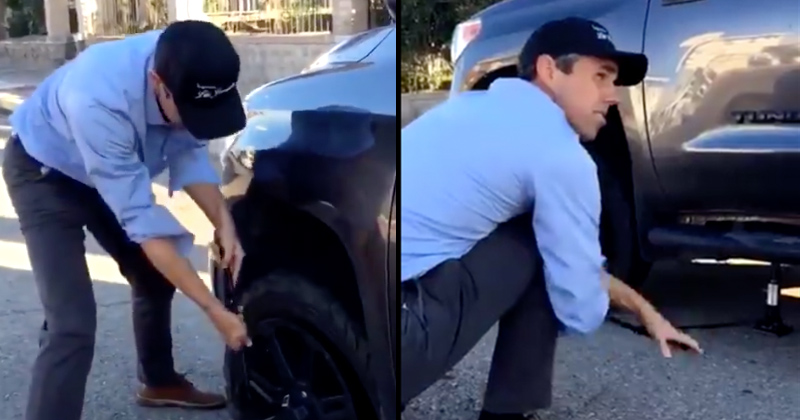 Democrat presidential candidate Robert “Beto” O’Rourke does normal everyday things just like you and me. This was evidenced by a recent totally real, not-staged-whatsoever incident involving a flat Toyota Tundra tire on a smooth road.

“Well, I’m changing the tire on this truck,” Beto tells the person filming, pretending he does this sort of thing regularly.

See? If ever you questioned if Beto was just another wealthy, elitist leftist politician, you’ve just been proven 100% wrong. Checkmate, bigot.

Beto is livestreaming his haircut pic.twitter.com/xAuBtC7BWe

breaking news: beto is at the dentist pic.twitter.com/ceFP9aOYL0

Other Democrat candidates tried their best to seem relatable over the weekend at the Iowa State Fair, ahead of next month’s third round of debates.

Finally got my pork chop! pic.twitter.com/3LUSKorixU

How did this man get ZERO percent of the vote in the @IowaStateFair ‘Corn Kernal Poll’? I just don’t get it. pic.twitter.com/h0zGzMJccS

Elizabeth Warren smiled with a corndog!

You want me to do what with this? 😳 pic.twitter.com/sfzTQqD8Lw

And Andrew Yang stuffed his face with a turkey leg! 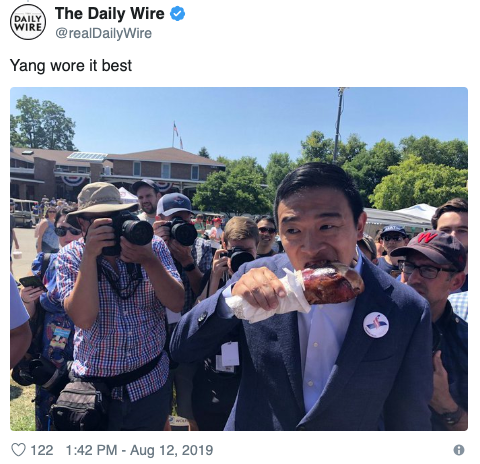