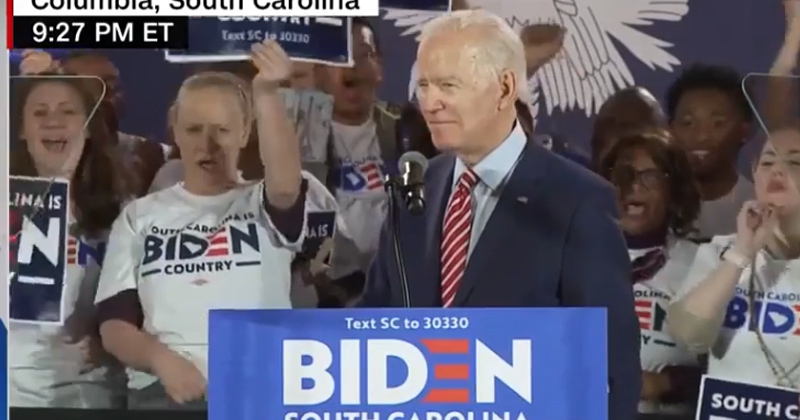 Speaking to a small crowd of supporters in South Carolina, the former vice president stumbled when listing the two states that have held primaries and caucuses thus far.

“It is important that Iowa and Nevada have spoken,” Biden, 77, told the crowd, referring to the Nevada caucuses set to take place on Saturday, February 22.

The flub marks the latest campaign misstep for Biden, who was at one time the clear Democrat frontrunner, but now finds himself with zero victories and faltering momentum.

According to strategists, the campaign is waging an uphill battle due to negative press from the impeachment debacle.

Biden’s constant gaffes have been observed by President Trump, who has mocked “Sleepy Joe” at several rallies.

“Hey, have you ever noticed where Biden keeps saying he’s in the wrong state?” Trump asked a rally crowd in Pennsylvania last December.

“What is wrong with this guy? What’s wrong with him? There’s something wrong… how many times can you do that?”

Whatever you may think about Joe Biden’s malarkey & balderdash, all of us “dog-faced pony soldiers” will miss his comic relief.