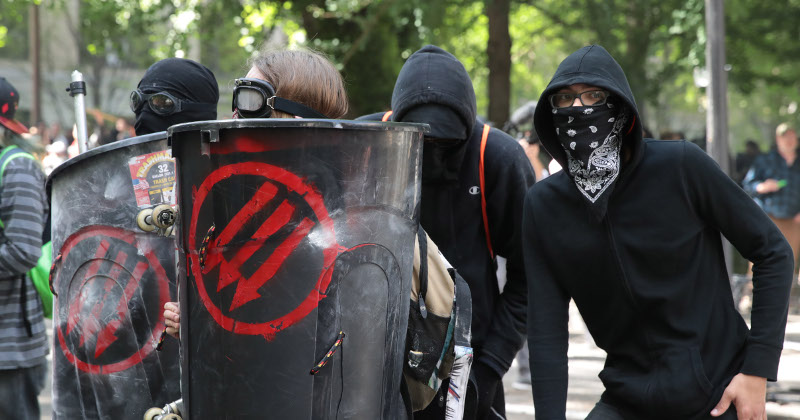 Conservative author and activist Tom DeWeese claims he has received credible information suggesting Antifa members are planning to stage violence in Virginia later today and blame it on pro-gun protesters.

Thousands of demonstrators are expected to attend the rally in Richmond which will be tightly policed by officers enforcing a gun free zone after Gov. Ralph Northam passed an executive order banning firearms on site.

Reports last week confirmed that Antifa members would be in attendance at the rally but that they would be marching in support of the Second Amendment.

However, DeWeese claims he has received intel suggesting Antifa members are planning to dress up as Trump supporters and stage false flag violence in order to demonize conservative protesters.

“I’m in Richmond and have just received information from a very reliable source concerning Monday’s rally against the legislature’s gun grabs,” DeWeese posted on Facebook.

“Antifa have rented seven buses to bring in their thugs to cause trouble. The report says they will be wearing MAGA hats and wearing NRA garb. They will pretend to be pro gun people. Meanwhile others posing as democrats holding anti gun signs will stand on the side. The Antifa thugs, pretending to be pro gun, will attack the sign holders. Making it look like the pro gun people have started violence. This is the plan. If you are attending the rally be aware. Be very careful,” he added.

With only one way in and one way out of the protest pen, the environment looks geared towards exacerbating heated confrontations.

Some of the SWAT equipment being moved into place also clearly indicates authorities are fully prepared for violence, but hopefully cooler heads will prevail.