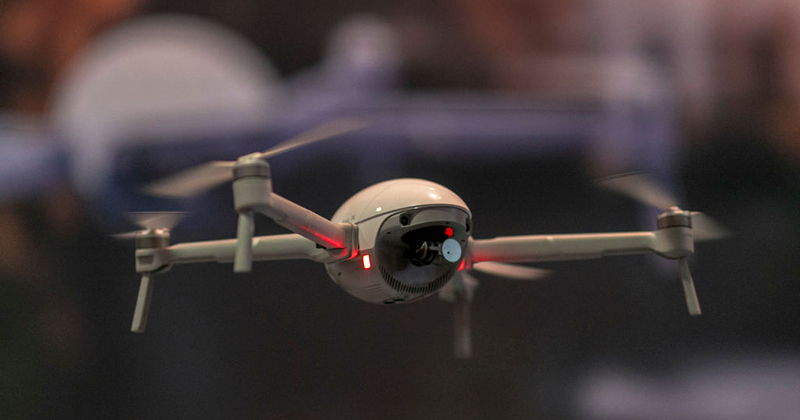 After more than three weeks of mysterious drones hovering in the skies over the Central U.S., nobody knows where they are coming from, or why they are there.

Around Christmas, we wrote about large, non-governmental unmanned aircraft flying in mysterious patterns across the skies in Colorado, Nebraska, and Kansas.

Since then, sightings have increased, as some have described the drones as approximately 6 feet wide with red and white lights, but nobody knows where they are from or who owns them.

The sightings have gotten the attention of FBI, the FAA, and the U.S. Air Force in the last several weeks, who have all launched investigations into the mysterious drone sightings.

According to eyewitnesses, these drones can move “much faster than a regular aircraft,” and that would seem to indicate that they are highly advanced.

The A.P. News reports that local, state, and federal agencies have offered little explanation into the sighting in Colorado, Nebraska, and Kansas, which has sparked conspiracy theories among residents who are trying to explain the unexplainable.

“Even if the military has plausible deniability with this, defense contractors might be involved,” Dan Carlson, a retired meteorologist, said. “By the time they’ fess up to it, they’ll have been in the sky for four years.”

Military callers to The Alex Jones Show share their stories about dealing with the order to confiscate guns.

Carlson said the drones had been spotted four times this year near his home in Sidney, Nebraska.

He said the drones flew in pairs with impressive vertical and horizontal speed.

“I do not buy into the conspiracy theories. I am not living in fear of an alien invasion,” he said.

He speculates the drones are part of a high-tech military program, practicing search-and-recovery operations, pursuing items that have been hidden during the daytime for nighttime exercises.

The U.S. Air Force told A.P. that they are not conducting drone operations or training missions in Colorado, Nebraska, and Kansas.

Colorado Department of Public Safety investigated the drone sightings and discovered that out of the 90 drone reports from Nov. 23 to Monday, 12 were small drones that can easily be bought on Amazon.

Authorities used a heat-detecting plane between Jan. 6 through Monday, and found of the 23 drones spotted, 13 were small drones. Four sightings of the 23 were considered unidentified.

The FAA told A.P. that investigators are still looking into the reports.

“We take every drone-sighting report seriously. Multiple FAA divisions are continuing to work closely with federal, state, and local stakeholders on this issue,” FAA spokesman Ian Gregor wrote in an email.