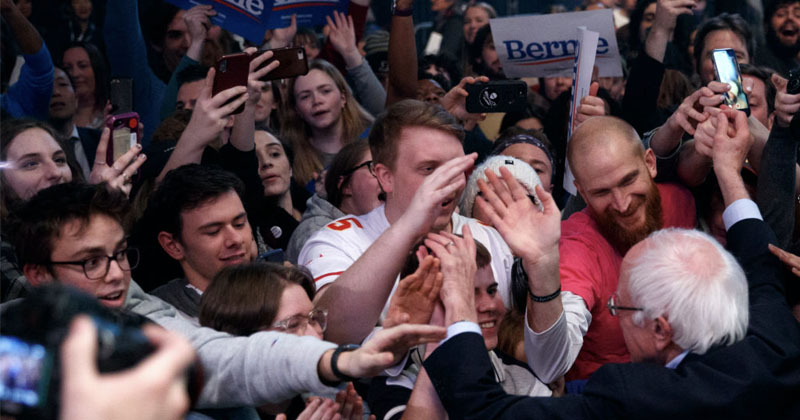 The decision to cancel publication of the final Iowa poll before the Democratic caucuses has led to incendiary accusations that organizers had no legitimate reason to pull the survey and simply wanted to suppress its results.

A methodological error has been cited as the reason why the highly-anticipated final poll, originally scheduled to be released on the eve of Iowa’s Democratic caucuses, would not be made public.

The CNN/Des Moines Register/Mediacom survey, conducted by respected polling agency Selzer & Co, is viewed as one of the most accurate — and important — polls during the presidential primaries season. Several polls are released in the run-up to the Iowa caucuses, but the final survey is seen as by far the most consequential.

The Register announced in a brief statement on Saturday evening that it received a complaint that a candidate’s name was omitted in at least one interview in which a respondent was asked to name their preferred candidate. Subsequent reports said that Pete Buttigieg’s name had either been accidentally omitted or mispronounced by a poll worker during at least one call.

The Register has published the poll for 76 years, correctly predicting the winner in ten out of the last twelve presidential primary races. The Iowa caucuses will be held on Monday, with the victor likely to receive a major boost in nationwide polls.

The paper’s decision to withhold the survey’s results sent social media into a frenzy. Supporters of Vermont Senator Bernie Sanders — who led the last Iowa Poll, published on January 10, by three points — theorized that the Register and its polling partners were trying to suppress Sanders’ growing lead in the state.

Let me guess, this poll had #socialist @BernieSanders winning #Iowa again; so the @DMRegister, @CNN, & @MediacomCable pulled the plug on it? The @DNC fix, is in again. Monday should be interesting. 🍿 #IowaPoll #DNCRigging #IowaCaucus #2020election #SocialismIsTyranny #IA01🇺🇸#KAG

Other fans of the Vermont lawmaker shrugged off the unorthodox move, claiming that the huge crowds at Bernie rallies across Iowa reveal just as much as any poll could.

People “feeling the Bern” in Iowa weren’t the only ones raising their eyebrows, though. Rumors began to spread that the poll was nixed because it had Andrew Yang with over 20%.

Whatever the results actually showed, many Twitter pundits agreed that the numbers were not favorable for “establishment” candidates such as Joe Biden, Elizabeth Warren and Michael Bloomberg.

The surge of conspiracies puzzled journalists covering the election, who pointed out that it would be odd to try and sabotage Sanders by omitting Buttigieg’s name.

Seems crazy to pull the poll over this. Are the people who made this decision unfamiliar with the mechanics of how poll results are computed?

Others noted that polls are designed to factor in possible errors or variables that could affect results, and that it seemed “crazy” to pull the entire survey, as opposed to simply making necessary computational adjustments.