As former Clintonite, CFR member, and Bilderberger Larry Summers was addressing the Economic Club in Washington D.C. on Thursday, two Code Pink demonstrators mounted the stage and unfurled a banner demanding Larry and the banksters give back the criminally acquired giveaway money. “Larry Summers is part of the problem,” screamed one of the activists. “He is a mess.” It took a minute or two for security to drag away the Code Pinkers. “Resign Larry, the people are asking you to give Obama a fair shot,” they demanded.

Give Obama a fair shot? Code Pink may not be aware of it, but the Obama administration is packed like a sardine can with CFR members, former hacks from the Federal Reserve, and assorted bankster minions. If Obama gets rid of Larry Summers — and rest assured he will not — he would merely replace him with another CFR member or Bilderberger. Code Pink seems to be oblivious to the fact Obama is a front man for the global elite. Obama is a marionette reading from a prepared script projected on teleprompter screens.

Code Pink does not want to get rid of Obama and his international banker puppet masters because they are seriously brainwashed into thinking he can do the right thing if only given a “fair shot.” Code Pink is at the forefront of the fake opposition spawned by the globalists and their foundations.

Last year Jodie Evans, co-founder of Code Pink, passed the hat among her liberal friends to raise campaign money for Obama, who since packed his administration with globalist one-worlders. Is Ms. Evans is part of an elaborately orchestrated false opposition.

[efoods]Code Pink is on the payroll of Winston Foundation, an organization linked to the National Endowment for Democracy, a documented CIA front, and connected as well to the Rockefeller Family Fund, the Carnegie Corporation, the Heinz Family Foundation, and the Soros Foundations. In 2003, Code Pink shared office space with the Institute for Policy Studies, an organization taking money from the Turner, Ford, MacArthur and Charles Stewart Mott foundations. The Ford Foundation is notorious for funding liberal organizations. It is connected to the Council on Foreign Relations, the Trilateral Commission, and the CIA (see Alternative Media Censorship: Sponsored by CIA’s Ford Foundation?).

Code Pink is apparently clueless about the fact that the money they demand Summers and his bankster cronies return is worthless paper based on absolutely nothing but thin air. It is bank ledger trickery. Instead of demanding a return of worthless fiat money, they should be calling for the Federal Reserve to be closed down and the criminals on Wall Street be rounded up, arrested, and tried for economic crimes against humanity.

Instead, they will continue their theatrics and propose dead-end solutions to the banker engineered economic crisis, in fact an economic take down. The Ford Foundation and the CIA need to make it look like there is opposition to the banker plan and that is why Code Pink is called in and allowed to take the stage and propose solutions that are not solutions.

In the meantime, the sincere opposition will continue to be demonized and sabotaged. In a few days, the Soros founded liberals will attempt to disrupt tax day tea parties. Soros and Ford Foundation operatives are now engaged in a nasty effort to discredit and link Alex Jones to the Pittsburgh cop killer.

It is difficult for Jones and the real opposition to get their message covered by the corporate media.

It’s is not so difficult for Code Pink to get their message broadcast because they are controlled. Larry Summers might be a tad embarrassed by all the theatrics, but realizes Code Pink does not pose a serious threat to the bankers or threaten their plan to turn the world into a bleak nightmare of unfettered globalism, poverty, misery, and hopelessness.

They simply want their funny money back. 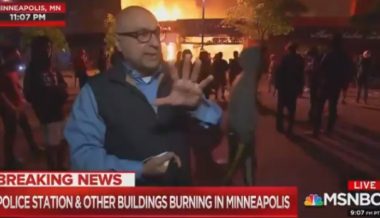