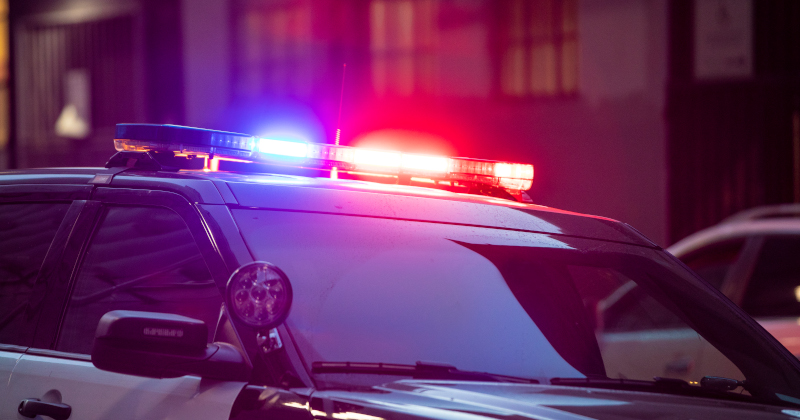 A man jailed for a violent sexual assault was set free earlier this year over coronavirus concerns, only to go murder his victim outside her apartment, reports claim.

Ibrahim E. Bouaichi, 33, was released from jail on April 9 on a $25,000 bond despite objections from a prosecutor. He was in the middle of serving a sentence for five felonies, including rape, sodomy, strangulation, abduction and burglary of his former girlfriend, Karla Dominguez.

The murder of Dominguez happened in Alexandria, Virginia, on July 29.

Alexandria police said they received a report of gunshots on July 29, and at 6:20 a.m. they found Dominguez outside her apartment, dead of multiple wounds to the upper body.

After the murder, Bouaichi went missing for days. Police issued a warrant for murder and asked for the public’s assistance locating him, warning he was “armed and dangerous.”

Then on Wednesday morning, federal marshals and Alexandria police spotted Bouaichi in Prince George’s County and pursued him, causing Bouaichi to crash, authorities said. When the police went to arrest Bouaichi, they found he had apparently shot himself. He was reported to be in grave condition Thursday.

Bouiachi is currently in critical condition.

His release is being regarded as one of the greatest bungles of the coronavirus lockdown.

Lawyers at the time argued keeping Bouaichi in jail would lead to him being infected, saying “social distancing and proper disinfecting measures are impossible while incarcerated.… Simply put, the risk of contracting Covid-19 in a jail is exceedingly obvious.”

However, according to a jail spokesperson, “there were no cases of covid-19 at the jail during their client’s incarceration,” reports the Post.

In a surprising twist, following his April 11 release, Bouiachi was also arrested in Greenbelt, Maryland, on May 8 after police found him in a Wendy’s drive-thru lane intoxicated and unruly.

…the driver was uncooperative, “may have been intoxicated, and wouldn’t communicate with the officers. He then put his vehicle in drive and rammed the K-9 officer’s vehicle,” which an officer and a police dog were sitting in. The officers eventually took him into custody, at which point Bouaichi reported having a medical issue. He was taken to a hospital, and eventually to the Prince George’s jail, where he was served multiple charges: two counts of first-degree assault, two counts of second-degree assault, harming a law enforcement dog, resisting arrest, driving while intoxicated and multiple traffic charges.

He was released 4 days later.