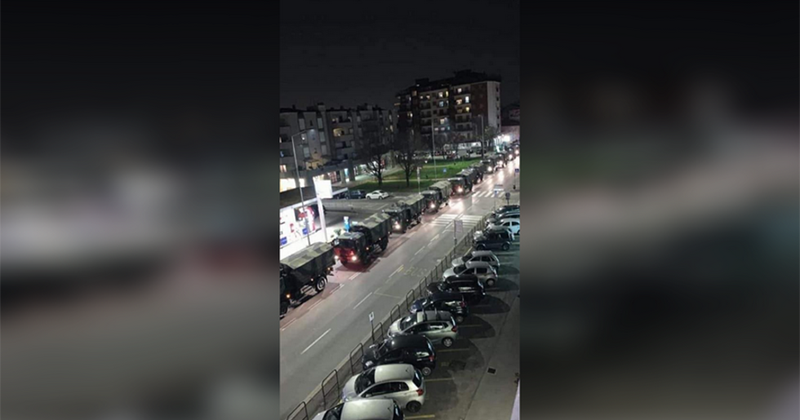 The Italian military has been called in to help transport dead bodies as the northern city of Bergamo reels from the ongoing coronavirus epidemic.

The head of Lega Nord, Matteo Salvini, posted a photograph on Twitter showing a seemingly endless line of army trucks moving their way through the Italian town, located in the Lombardy region.

The military vehicles were dispatched to help remove corpses that couldn’t be dealt with at the local level, Salvini said.

A video posted on social media shows the green and camouflage trucks parked in the street as they prepare to transport bodies.

Italian Army took the coffins out from Bergamo for cremation pic.twitter.com/6u2GM63FxL

According to media reports, Bergamo’s crematorium has been overwhelmed by the amount of coronavirus victims. The city has recorded at least 93 Covid-19 deaths, and local officials have expressed fear that the worst is yet to come.

Italy has been the hardest-hit country outside of China, where the virus is believed to have originated. Italian officials reported 475 new deaths from the illness on Wednesday alone. The country now has 35,713 infections and nearly 3,000 deaths, according to the Johns Hopkins Coronavirus Resource Center.

How does today’s unemployment from gov’t mandated shutdown compare to the Great Depression’s figures?