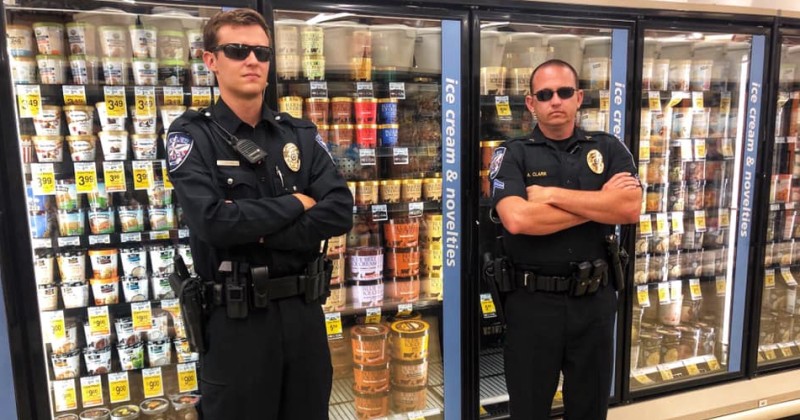 Some grocery stores are making customers show ID and one has even been forced to have cops guard an ice cream freezer after a trend of people filming themselves licking the product and putting it back went viral.

Numerous videos have been posted on social media showing individuals licking or scooping out ice cream and replacing it, with several of them racking up millions of views.

Despite two people having already been arrested for food tampering, the fad doesn’t appear to be dying down.

This has prompted some stores to respond with draconian measures, such as this one which placed a sign on a locked freezer displaying the words “Please see employee for help.”

The Keller Police Department in Texas also posted a photo showing two officers protecting a store’s ice cream freezer with the caption, “The only Blue Bell Ice Cream being licked here in Keller this holiday weekend will be the kind you’Ave already purchased.”

In case you missed what prompted all this, and are not currently eating your dinner, watch the videos below.