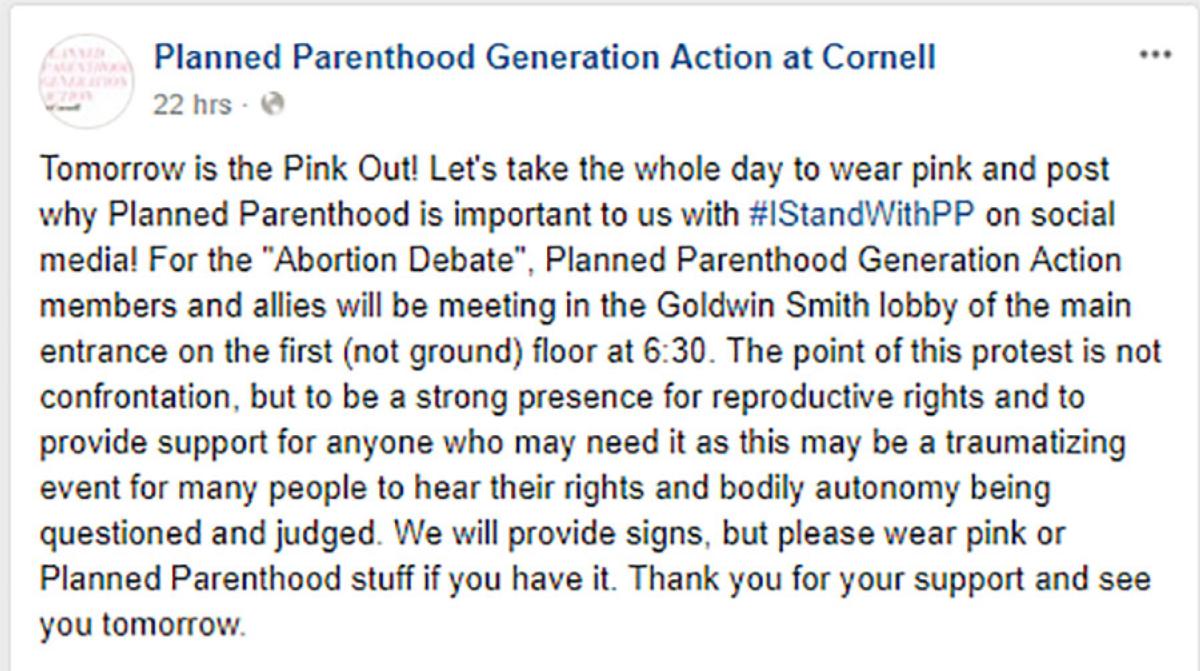 A pro-abortion student group protested a debate Thursday at Cornell University, complaining that including pro-life views “normalized the idea that it is okay to control people’s bodies.”

Before the event even began, however, it became the subject of controversy when the Cornell University Democrats supported calls for protest from PPGA.

“The point of this protest is not confrontation, but to be a strong presence for reproductive rights,” according to the Facebook event page for the protest, which also noted that the debate “may be a traumatizing event for many people to hear their rights and bodily autonomy being questioned and judged.”

Protesters were encouraged to wear pink and pro-choice items throughout the day, while sharing their appreciation for Planned Parenton on social media with #ISTANDWITHPP.

Though PPGA did not stop anyone from attending or speaking, Maisel believed that the debate did not provide constructive dialogue.

“We like to focus our energy on community education and community building and creating safe spaces,” she explained. “That isn’t necessarily what is happening in tonight’s debate so we want to create a space where we focus our energy, not on debating, but creating a welcoming space to learn.”

Campus Reform reached out to the Cornell Democrats for comment, but did not receive a response in time for publication.