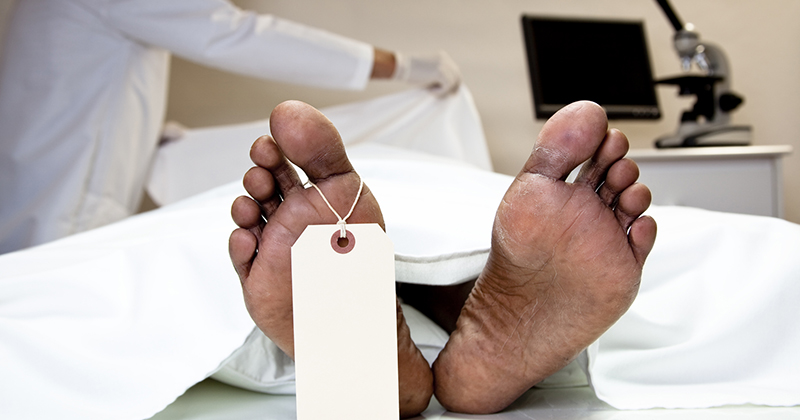 The Pentagon is aiming to provide 100,000 body bags to FEMA for civilian use as the coronavirus outbreak explodes in the US, according to reports.

Bloomberg News notes that FEMA has been directed to the Defense Department to secure a frightening number of ‘Human Remains Pouches’.

Two sources familiar with the order said that the Pentagon has a stockpile of 50,000 body bags, which it is seeking to double.

The Defense Logistics Agency has said it wants the body bags as soon as they are ready, with a source indicating that the Pentagon is close to agreement with a contractor for delivery.

A FEMA spokesman confirmed with Bloomberg that “prudent planning” is being put in place, including preparing for “mortuary contingencies”.

The report also notes that the Pentagon has received “a mission assignment from FEMA for a mortuary affairs support team for New York” and is “in the process of identifying” personnel, according to Major General Jeff Taliaferro, the Vice Director for Operations of the Joint Chiefs of Staff.

Hospitals in New York and New Jersey have also been preparing refrigerated trucks to hold dead bodies in areas where storage is running out, the report adds.

The government has projected that up to 200,000 Americans could die from the Chinese virus in the coming weeks, even with another month of social distancing restrictions in place.

Vice President Mike Pence said Wednesday that the US is on a coronavirus trajectory similar to Italy, saying that he hopes the worst will be over by June.

CNN's Wolf Blitzer asks Pence if he presumes that 100,000 people in the U.S. will be dead by early June pic.twitter.com/Nb2ilW6yaU

Pence also said “the reality is that we could have been better off if China had been more forthcoming.”

VP Pence: "We could've been better off if China had been more forthcoming." pic.twitter.com/Axfrg51Xme

In a further interview with Fox News, Pence said that the numbers Americans are hearing are “just projections,” and “we’ll lower the number of losses.”

On Wednesday, President Trump warned Americans that the country will face a “horrific” period in the next fortnight

“But even in the most challenging of times Americans do not despair, we do not give into fear.” Trump added, proclaiming “We persevere, we overcome and we win.”