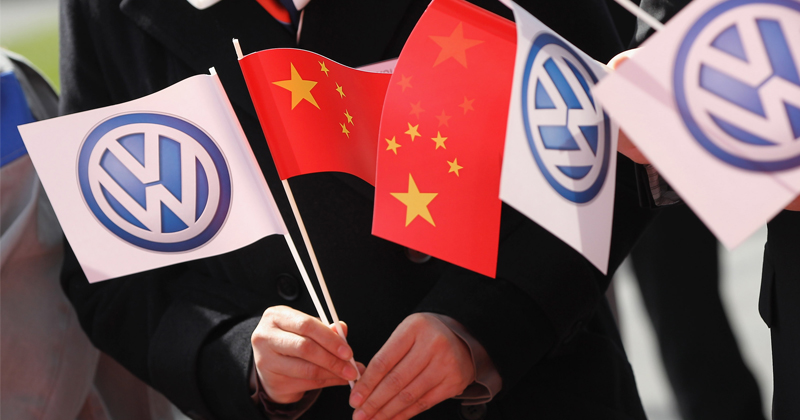 Volkswagen has postponed the start of production by a week at all the Chinese plants that it runs in partnership with China’s SAIC, citing supply-chain and logistical issues caused by the coronavirus outbreak.

The German carmaker now expects to resume production on February 24. However, production at some of the plants that VW runs with the Chinese FAW Group resumed on Monday with the remaining plants expected to be operational in the coming days.

“We are working hard on getting back to our normal production schedule, while facing delays due to national supply chain and logistics challenges as well as limited travel options for production employees,” Nikolas Thorke, spokesman for Volkswagen’s China operation, told DW.

Volkswagen’s Chinese JVs delivered 4.21 million vehicles, or about 40% of total VW global sales, to buyers on the Chinese mainland and in Hong Kong in 2018.

The coronavirus outbreak in China is expected to hurt car sales in the world’s biggest auto market, dealing a major blow to German carmakers, which depend on the Asian economic powerhouse for a bulk of their sales.

Analysts at Swiss investment bank UBS expect car sales in China to fall by more than 50% in February and a loss in production capacity of about 20% in the ongoing quarter as carmakers struggle with extended factory shutdowns, supply-chain disruptions and a drop in demand.

The virus is the latest headache for the German auto industry, already reeling from pollution concerns, exacerbated by the “Dieselgate” emissions scandal, waning global demand amid weakening economic growth, higher tariffs caused by US-China trade tensions and a costly transition to electric and self-driving cars.

Mercedes Benz-owner Daimler and Volkswagen’s Audi unit have announced nearly 20,000 job cuts in the past few months as they look to save costs to fund their electric car drive. Car parts suppliers Continental and Robert Bosch also plan to cut thousands of jobs.

“German automakers and suppliers are the most exposed in Europe [to the coronavirus],” Emmanuel Bulle, senior director at Fitch Ratings, told DW. “The risk for German manufacturers comes chiefly from lost sales rather than immediate disrupted production, since BMW, Daimler and VW have no factories in Hubei,” he said referring to the Chinese province — an auto-production hub — at the heart of the outbreak that has claimed more than 1,700 lives.

German automakers, unlike Chinese and US makers, have been increasing their market share in China even as the auto industry in the Asian country witnesses its worst slump in over two decades. China accounts for 4 out of every 10 Volkswagen cars sold worldwide and almost 3 out of every 10 BMW or Mercedes cars delivered globally. BMW’s and Daimler’s shares of earnings coming from China are even higher.

Majority of car showrooms in China remain closed as the country slowly returns to work after an extended New Year break. Even the 20-30% dealerships that are open are hardly witnessing any footfalls, according to the China Automobile Dealers Association.

UBS analyst Paul Gong says while first-time buyers may have a stronger desire to own a private transportation vehicle to shield themselves from a virus, as happened during the SARS outbreak in 2003, replacement buyers — which account for two thirds of the market — may delay their purchases for the time being, mainly hurting the premium German car brands.

Replacement buyers are existing car owners who are looking to upgrade to a more premium brand.

“For the replacement buyers who would have perhaps opted for German brands, they would not be too eager to replace their cars at this moment because that is obviously not a priority,” Gong told DW. “So, you would probably see some delay effect.”

Volkswagen and Daimler told DW that while it was too early to gauge the full impact of the virus crisis, they do expect it to hit their sales.

“Facing the current challenge, we know that purchasing new cars is not a priority for most people,” said Thorke.

Volkswagen has tweaked its marketing strategy with a greater focus now on online interaction and transaction with customers via online showrooms. The company did not provide any data on the response to its online showrooms, but Gong said the online showrooms in general were not attracting much traffic.

Gong said so far, it’s been a gradual ramp-up in production by the automakers, with many facilities working at just 20% of their full capacity. He said Daimler was also struggling to ramp-up production, with its suppliers unable to provide enough components.

While German carmakers may have, so far, escaped the worst of supply-related disruptions thanks to them not having factories in the auto production hub of Hubei, automakers elsewhere are bracing for a major fallout from the virus outbreak.

Fiat Chrysler has warned that it may have to shut a European plant in the coming weeks if Chinese parts suppliers cannot resume work. Hyundai Motor and Kia Motors shut down plants in Korea due to harness supply constraints from plants in China’s Shandong Province.

Auto analysts say some lost sales have only been postponed and that orders will rebound in the coming months. In fact, new car sales could even go up in the longer term as the experience of disrupted public transportation and ride-hailing services during the crisis may prompt more people to buy their own cars.

But, there is a caveat: Experts say if the crisis lingers for a few more months, then it would start hurting the broader economy and result in a loss in consumer confidence, hurting auto sales.

“It will be interesting to see whether or not the potential customers for the more premium products offered by Volkswagen, BMW and Daimler are more resilient in terms of their spending power,” Mark Fulthorpe from IHS Markit told DW. “I think you can probably suggest that they will be. They probably have more savings. They are probably better employed. So, there may be a greater resilience there.”