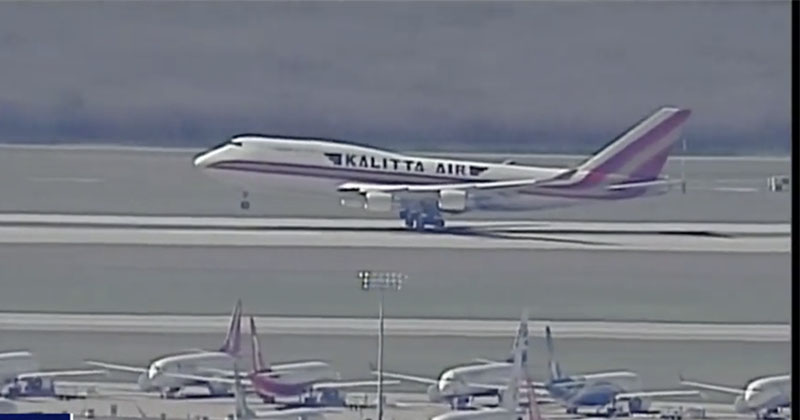 A plane filled with dozens of Coronavirus evacuees from China has reportedly arrived at the Joint Base San Antonio-Lackland on Friday for quarantine, according to CDC officials.

The group of less than 100 Americans were flown in from Wuhan, a city of over 11 million people where the coronavirus outbreak began.

“Our goal in bringing these evacuees back, and making sure that they’re safely quarantined for 14 days, to make sure that there is no spread of the virus from this group and that they’re managed safely while they’re here, that they have their healthcare needs met, “ said Captain Jennifer McQuiston of the CDC.

“This quarantine is based on what we know to be the approximate incubation period of this virus that means the time from when a person exposed to the virus to when they develop symptoms, “ said Capt. McQuiston.

“All individuals who come in to potential contact with patients or items that patients have handled are wearing personal protective equipment,” she added.

Fewer than a hundred people evacuated from China landed at the Joint Bases San Antonio-Lackland as a mandated quarantine Friday.

The group of men, women, and children were Americans located in the epicenter of the novel coronavirus.

More than 1000 Americans have been identified as living in the part of China where the outbreak was first detected and evacuations started late last month. About 300 people were placed on two separate planes, one landing in California and one landing in Texas.

A number of evacuees who landed in San Antonio were transported to Nebraska.

People quarantined in San Antonio will be in a fenced-in area surrounding the Gateway Inn and the Gateway Villa. Federal marshals will be on-site to prevent anyone from getting in or out. Those based here will be quarantined for up to two weeks because of the anticipated incubation period of the virus.

This comes as the first American has died from coronavirus in Wuhan on Friday, with the World Health Organization confirming over 31,000 confirmed cases globally.

Professor Francis A. Boyle joins The Alex Jones Show to expose the dangers surrounding exposure to the coronavirus.