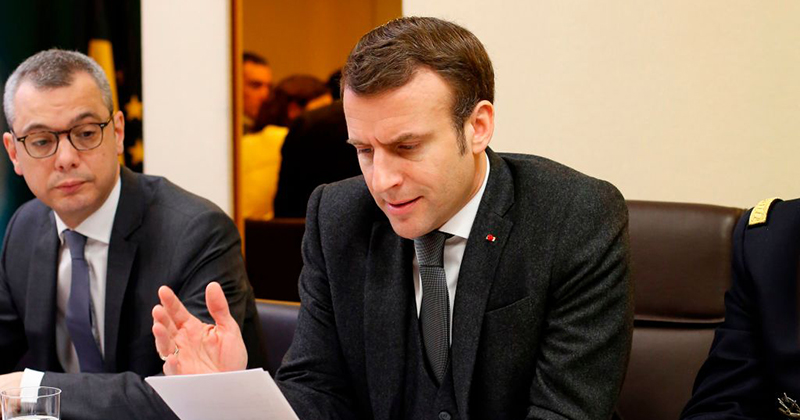 French President Emmanuel Macron ordered the seizure of all stocks and future production of medical face masks in the face of a growing threat from Coronavirus, and a spate of looting of masks from medical facilities.

The China-origin Coronavirus, which has already killed a known 3,190 people worldwide is becoming more established in Europe, with worst-impacted nation Italy’s death toll standing at 79.

Neighbouring France has seen a comparatively modest four deaths, but the French government hasn’t baulked at launching a series of sweeping measures under the guise of public health.

In what may come as a surprise move, the French President Emmanuel Macron — who remains in a perpetual state of battling poor public ratings over his deeply controversial reforming policies — announced Tuesday the government was to requisition all stocks of face masks in the country, and was to seize all future stocks as they were produced.

The government had previously asked the public to not buy masks unless they were in a group that needed them, but the instruction seems to have been avoided.

President Macron told a gathering of top health officials in a “crisis cell” at the so-called Minister for Solidarity and Health that he was announcing “the mobilisation of the whole country to fight against this epidemic.”

Dan Lyman joins Owen to break down why open border policies in Europe have led to the spread of the coronavirus into multiple countries.

Reuters reported he had also “signed a decree” to make the seizure of face masks law.