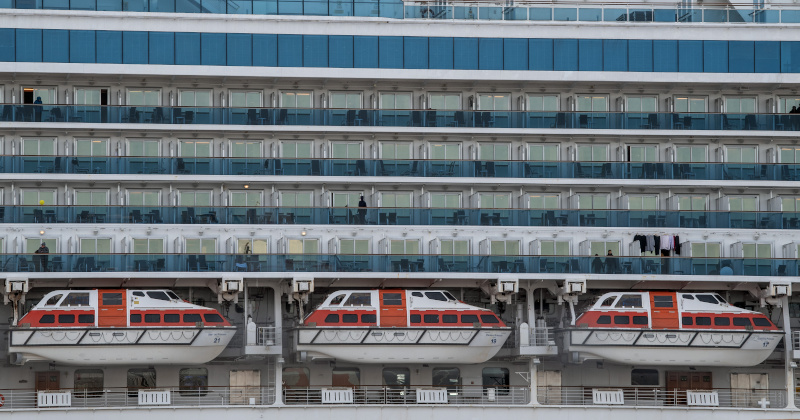 Dozens of additional passengers aboard a cruise liner in Japan have tested positive for coronavirus, bringing the total number of infections on the ship to 61 as 3,700 people remain trapped on the quarantined vessel.

Stuck at the port of Yokohama since earlier this week, the ship’s 3,700 passengers and crew face weeks of quarantine as medical workers test for signs of the deadly contagion.

The ship is now like a “floating prison,” one passenger said on social media, where haunting images have emerged showing its abandoned halls, once bustling with activity.

Of the thousands of passengers on board, 273 have shown symptoms of illness, such as cough and fever, or came in contact with those who have.

All of those passengers have now been tested, Japan’s Health Ministry said, noting the 41 new patients will be transferred to medical facilities in Tokyo, Saitama, Chiba and Shizuoka prefectures, as well as Kanagawa.

It remains unclear whether additional cases could arise on the ship, as the novel coronavirus has been found to spread person-to-person, even among those not yet showing symptoms, with a long incubation period.

Some passengers already expressed fear that they could eventually end up stuck on the vessel for much longer than 14 days if new infections occur.

With the number of infections on the ship tripling on Thursday as health screenings continue, Japan now counts at least 86 cases of the lethal coronavirus nationwide, which originated in the Chinese city of Wuhan in December.

The illness has since spread to 25 other countries, infecting over 30,000 and claiming 635 lives in total, most of them in China.