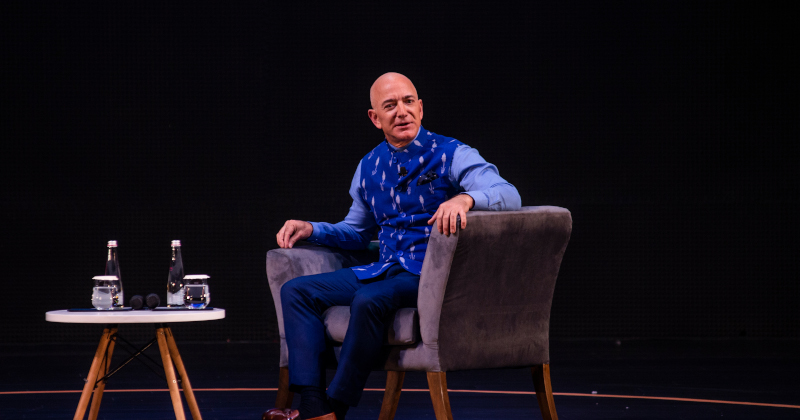 New figures from the Bank of England show what many of us predicted – that the effect of shutting down the economy would increase wealth inequality and hit the least well-off hardest. And it’s just going to get worse.

The Bank of England has published the first real data that shows how inequality has increased during the Covid-19 crisis revealing that those of us who argued that shutting down the economy for a long period of time would wreck working class people’s lives were not far-right lunatics and granny killers, but just right.

It is no exaggeration to say that uncertainty has been the defining existential mood of the past six months. And it still informs how we view the Covid-19 crisis and its aftermath.

Will there be a second peak? Will there be a global depression? How many millions of people will not have a job to return to when furlough schemes end? The truth is that no one really knows.

BoE Haldane's macro view on shape of UK recovery is just another person (albeit one with policy influence) with an opinion – but v interesting micro trends in his speech. This, from @IpsosMORI, measuring latent spending power, shows v divergent lockdown impact by income group. pic.twitter.com/dCp5zlbTau

Which is why the Bank of England’s latest data should be studied carefully. Andy Haldane, the BOE chief economist, in a speech this week revealed some data that should put an end to speculative uncertainty about the dire economic consequences of the lockdown. While the speech speculated about global unemployment – suggesting, according to the IMF and the ILO, that the crisis could increase unemployment globally by anywhere between 5.3 and 24.7 million people – it is the real employment and inequality data that should focus the mind.

In the UK, claims for Universal Credit have risen by two and a half million since mid-March and administrative data from HMRC point to a large rise in joblessness. Claimant count measures of unemployment have risen by around one and a half million since the start of the year. Over nine million jobs are estimated to have been furloughed as part of the Government’s Job Retention Scheme. This means that perhaps as much as half the UK workforce is currently either unemployed or underemployed. There is no historical precedent for this.

What is damning about these figures is not just that the wealthy have increased their savings. The poorer sections of society have depleted theirs simply to survive the lockdown.

The reality of inequality in the UK reveals that the crisis has not impacted everyone the same. In fact, it has shifted wealth to the already better off.

This should not really surprise anyone. This is what inequality is. It is a capitalist reality which has pre-dated the Covid-19 crisis for decades. This highlights the scale of the post-Covid-19 challenges ahead. The squeeze on low income families with even less savings to fall back on, just as unemployment increases, is going to place even greater need on state support, at a time when state coffers are already under severe constraints.

The irony of the “New Deal” Boris Johnson announced this week in a former Labour Party stronghold in central England, Dudley, could not be more apparent. Heralding his £5 billion ($6.2 billion) of accelerated spending on projects such as hospitals, road building and tree planting, he declared himself not to be a communist. Instead, he reiterated his belief that “it is also the job of government to create the conditions for free market enterprise.” And that he is certainly doing.

While the “New Deal” represents about 0.2 percent of gross domestic product, it is paltry compared with the government’s current £928 billion spending plan for this year. This state spending – the true underpinning of ‘free market enterprise’ – is what has increased inequality in the UK, not alleviated it.

It is doubtful that in the coming months and years, we will see millions of working-class people clapping for Boris’s “New Deal” or for “free market enterprise.” Speculating on V-shaped recoveries will not alleviate the reality of rising inequality, unemployment and economic hardship. The political agenda will change more than any pro-lockdown advocates could have ever imagined.