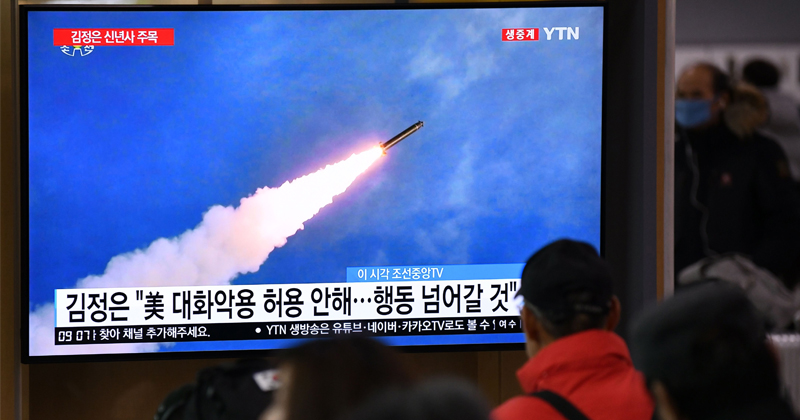 While it was presumed Pyongyang would conduct an intercontinental ballistic missile (ICBM) test around the beginning of the new year, South Korean analysts contend that North Korea reconsidered the launch in an effort to not irritate its ally China amid the COVID-19 coronavirus epidemic.

In December 2019, Pyongyang officials promised the US would receive a “Christmas gift” if Washington did not return to the negotiating table to discuss denuclearization by the end of the year. However, the end of the year came and went, and no talks were had between the two nations, yet – to this day – there has still been no sign of the “gift.”

Speaking to the Washington Times earlier this week, Lee Gee Dong, the vice president of the Institute for National Security Strategy (INSS) in Seoul, South Korea, explained that the coronavirus’s impact on Beijing made Pyongyang delay its ICBM launch.

“The most friendly country of North Korea — China — is having serious difficulties, and North Korea doesn’t want to make things worse,” the INSS official said. “I think for the coming three or four months, it will be quite quiet, and the North Koreans will not carry out any provocative or dangerous actions against the world.”

While reports on North Korea in late December suggested that the Democratic People’s Republic of Korea (DPRK) had increased activity at a number of facilities associated with the country’s ballistic missile program, the presence of COVID-19 in Wuhan, China, was being identified at the same time.

The INSS’ team of analysts, which includes a “high-level defector” from North Korea, according to the Times, believes Pyongyang took Beijing’s domestic issues into consideration and felt an ICBM test may make it hard for China – and even Russia – to defend the DPRK on an international front.

“The North Koreans did not come through with any ‘Christmas present’ and they have not taken any ‘new path’ because they are well aware of the side effects that could be had,” Lee said, adding the North Korean leader Kim Jong Un’s government was “wary of ruining the relationship it has successfully built with Russia and China and the support it is getting from those two countries.”

Researchers are scrambling to find treatments and a vaccine for the coronavirus, which has claimed the lives of more than 1,300 individuals and infected over 60,000 others worldwide, according to the Johns Hopkins University Center for Systems Science and Engineering.

Kim In Tea, the INSS team’s analyst who defected from North Korea a decade ago, asserted to the Times that the North Korean leader is focused on restructuring his government as he prepares for “a long-term stall in negotiations.”

“About 30% of 230 high-level cadres inside the North Korean government have been reshuffled,” he said, noting that the restructuring of the government has to do with the “current difficulties” the country is facing domestically.

At the same time, it was reported last month that Ri Son Gwon, the former head of the DPRK’s Committee for the Peaceful Reunification of the Country, had been appointed as the nation’s new foreign minister, which may make the US wary in future denuclearization talks, as the official has had no prior involvement with negotiations.