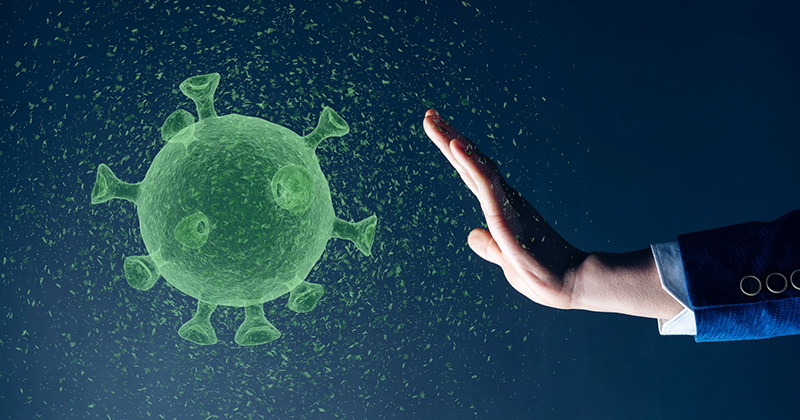 An alarming number of coronavirus patients in China and around the world are testing positive after ‘recovering’ and being discharged from the hospital – with the disease reappearing weeks later in some cases, according to Reuters.

On Wednesday, Japan’s Osaka prefectural government revealed that a female tour-bus guide had tested positive for coronavirus for a second time – which comes on the heels of Chinese reports that discharged patients throughout the country were testing positive after their release from the hospital.

That said, China’s National Health Commission said on Friday that reinfected patients were not transmitting the disease to others. The two running theories is that COVID-19 is “biphasic” and lies dormant before reappearing, or that patients are not building sufficient antibodies to fight a new infection.

Dave Hodges from The Common Sense Show joins Mike Adams on The Alex Jones Show to break down the true impact on society the coronavirus outbreak has had.

Experts say there are several ways discharged patients could fall ill with the virus again. Convalescing patients might not build up enough antibodies to develop immunity to SARS-CoV-2, and are being infected again. The virus also could be “biphasic”, meaning it lies dormant before creating new symptoms.

But some of the first cases of “reinfection” in China have been attributed to testing discrepancies.

On Feb. 21, a discharged patient in the southwestern Chinese city of Chengdu was readmitted 10 days after being discharged when a follow-up test came back positive. –Reuters

Deputy director of the infectious diseases center at the West China Hospital, Lei Xuezhong, told People’s Daily that hospitals had been using nose and throat samples to test patients, while new tests were finding the virus in the lower respiratory tract.

A study by the Journal of the American Medical Association which analyzed four infected medical personnel treated in Wuhan found that it was likely that some recovered patients would remain carriers even after meeting discharge criteria.

In China, for instance, patients must test negative, show no symptoms and have no abnormalities on X-rays before they are discharged.

Allen Cheng, professor of infectious diseases epidemiology at Monash University in Melbourne, said it wasn’t clear whether the patients were re-infected or had remained “persistently positive” after their symptoms disappeared. But he said the details of the Japan case suggested the patient had been reinfected.

Song Tie, vice director of the local disease control center in southern China’s Guangdong province, told a media briefing on Wednesday that as many as 14% of discharged patients in the province have tested positive again and had returned to hospitals for observation.

He said one good sign is that none of those patients appear to have infected anyone else.

“From this understanding … after someone has been infected by this kind of virus, he will produce antibodies, and after these antibodies are produced, he won’t be contagious,” he said. –Reuters

Meanwhile, a “low level” of the virus was found in the pet dog of a patient in Hong Kong, throwing a “weak positive” when tested.

Typically patients will develop specific antibodies which will protect them from reinfection, however this does not appear to be the case with a certain percentage of coronavirus patients, similar to HIV.

“In most cases though, because their body has developed an immune response to the first infection, the second infection is usually less severe,” said Adam Kamradt-Scott, an infectious diseases specialist at the University of Sydney.

Other experts have suggested that the disease may even feature “antibody-dependent enhancement,” meaning that exposure to viruses could make patients more at risk of further infections and worse symptoms.

This confirms a report from several weeks ago from the Taiwan Times that reinfection may be deadlier than the initial infection in some patients, causing sudden death from heart failure in several instances.