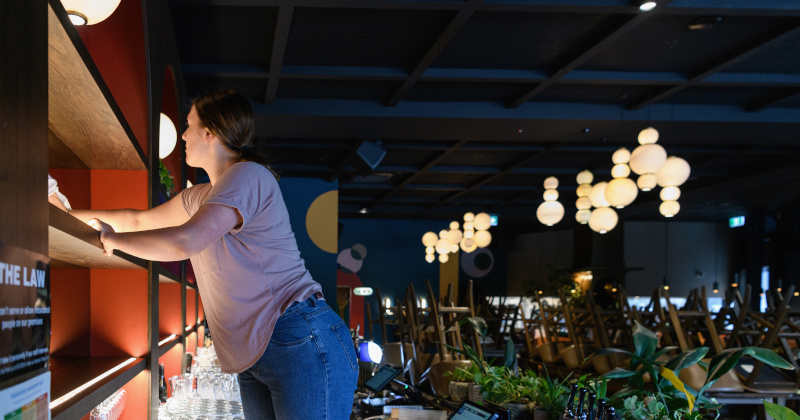 The International Labour Organization (ILO) has said the coronavirus outbreak could eradicate almost 25 million jobs worldwide, as the pandemic forces hundreds of millions of people to remain indoors, virtually shuttering the global economy.

By comparison, the 2008-09 global financial crisis caused unemployment to rise by 22 million.

The UN body, however, said the job losses could be far lower at 5.3 million if the economic fallout from the virus is contained.

The ILO also flagged a rise in underemployment and large income losses for workers to the tune of $3.4 trillion (€3.1 trillion), as the economic impact of the virus outbreak translates into reductions in working hours and wages.

“It’s really a global crisis not just in terms of its outreach but also in terms of its economic impact, literally all sectors will be impacted,” ILO’s Dorothea Schmidt-Klau told DW.

“The governments need to act at a large scale, and they need to act in a coordinated manner. So, there needs to be some policy coherence at the national level but also at the global level.”

Even as global leaders discuss a coordinated response to the crisis and in the meantime respond with individual fiscal measures, companies around the world — already reeling from tariff wars and global economic slowdown over the past year — have begun issuing pink slips.

The airline companies — clobbered hardest by COVID-19 — have been among the first to get off the blocks as global travel bans to contain the virus force them to ground thousands of flights.

Experts warn of more job cuts, especially in the fragmented European market, which has long suffered from overcapacity and price wars.

Airlines with weaker balance sheets could find it difficult to survive the pandemic and fold up just as British carrier Flybe did.

The hospitality industry is also struggling to cope with the sweeping containment measures.

Marriot, the world’s largest hotel company, and other major hotel chains such as Hilton and Hyatt are furloughing or terminating tens of thousands of jobs. In Europe, Scandic, Sweden’s biggest hotel group, said it would issue termination notices to 2,000 Swedish workers.

“It’s just the beginning, we could see huge manufacturing industries closing simply because they can’t get the parts that they need within the global supply chain to produce what they are supposed to produce.

So, we could see really big companies closing down,” Schmidt-Klau said. “Tourism might be the first one to be hit the hardest. But it’s certainly not going to be the only one.”

Ominous signs from the US

The job market in the US — the third-most affected country behind China and Italy in terms of confirmed cases — is already showing ominous signs. US jobless claims jumped 33% to 281,000 in the week ending March 14.

Goldman Sachs economists say jobless claims may have soared to a record 2.25 million last week — that’s more than triple the previous peak reached in 1982. The figures are due on Thursday.

Federal Reserve Bank of St. Louis President James Bullard predicted lockdowns to contain the virus may send the US unemployment rate soaring to 30% in the second quarter with an unprecedented 50% drop in gross domestic product, Bloomberg reported.

A Moody’s Analytics’ report showed that 27 million people, or about 18% percent of total US jobs, work for “industries whose revenues are severely curtailed, and are vulnerable to layoffs, as businesses, particularly smaller firms, run down their cash and credit lines.”

It named leisure and hospitality, transportation and employment services among the sectors most at risk. Health care and government sectors were among the least vulnerable.

The report said hiring had already fallen to levels seen during the height of the financial crisis.

Low oil prices, which have fallen to multiyear lows due to a fall in demand caused by the lockdowns and a price war between Saudi Arabia and Russia, could lead to further job losses in the US shale industry. Several shale producers have gone bankrupt in the past few years, unable to boost profits amid low oil prices.

While economists diverge on the extent of the damage the coronavirus is likely to cause to the economy, given the uncertainty about the fallout from the virus, there is a broad consensus that the lockdowns and other emergency measures in major European economies such as Germany, Italy, France and Spain will drag the region into a recession.

Experts say the meltdown could eradicate millions of jobs across the region but the impact on each country would depend on how the individual governments respond to the crisis.

“Germany for example has its scheme where the government will subsidize a reduction in hours and so you could see probably a smaller rise in unemployment there than in other countries,” Angel Talavera from Oxford Economics told DW.

“In countries like Spain, which typically has a very reactive labor market, when the economy slows down sharply, you normally see a big hit to employment.”

Germany’s “Kurzarbeit” or short-time work program, launched to minimize layoffs during the 2008-09 financial crisis, allows companies facing economic distress to reduce working hours of their employees instead of firing them.

The German government then provides workers with an allowance to partly make up for the lost wages.

German research institute ifo said the pandemic could eliminate as many as 1.4 million full-time positions in the country and put more than 6 million employees on short-time work.

“The crisis is causing massive distortions in the labor market that are worse even than conditions at the height of the financial crisis,” ifo President Clemens Fuest said.

Deutsche Bank economists said the euro area unemployment rate could jump to as much as 13-19% compared with a high of 12% seen following the global financial crisis.

Experts say workers in a handful of sectors such as IT, health care, telecom, e-commerce and food retail are best placed to keep their jobs.

The Financial Times reported last week that tech companies were still hiring feverishly to gear up for a world shifting increasingly to digital as a result of the coronavirus.

In California, tech companies had 15,852 jobs open in the second week of March — down marginally from the week before and nearly three times the level from a year ago, the paper reported, citing data from employment marketplace ZipRecruiter.

Experts, however, caution that if the disruption caused by the virus were to last longer than six to 12 months, then even some of the likely winners could be hurt.

“The IT sector in the end of the day is a service sector and if there are no services to be provided, then of course there is no IT support needed,” Schmidt-Klau said. “As far as production of IT equipment is concerned, it is a very globalized sector. So, again if value chains and supply chains are interrupted this sector will suffer just as much as others.”