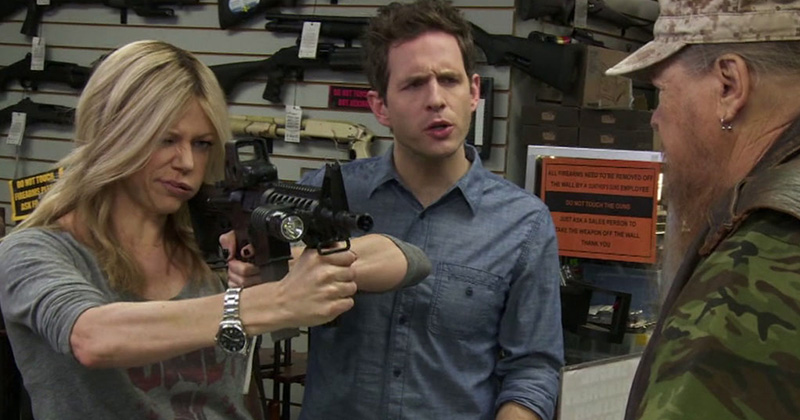 As fears surrounding coronavirus spread throughout the country and Americans stock up on food, water and cleaning supplies, many citizens are looking to purchase firearms and ammunition in case things really spiral out of control.

While most conservatives likely have guns and ammo already, but could always use more, the left is now showing an interest in defending themselves and their property as well.

Firearms dealer Omaha Outdoors recently published an article saying they’ve “been inundated with inquiries from out-of-state folks – many from California – asking if we can ship them a gun directly.”

“The answer is, of course, no,” the website continues. “Despite what politicians and many in popular media claim, you can’t buy a gun online and have it shipped to your house.”

“Other than that, no, you can’t buy a gun online and have it shipped, especially across state lines, to your home,” the firearm manufacturer stated.

The uptick in left-leaning Americans searching for firearms could end up teaching them the truth about purchasing weapons instead of believing liberal media disinformation about how easy it is for any lunatic to grab a gun.

Podcast host Robert Evans wrote on Twitter, “The sheer number of normally anti-gun people who have reached out to me about buying a firearm in the last week is wild.”

“My friends who work at other gun stores have seen a crazy surge in gun buying too, with one noting that their one-day sales total exceeded Black Friday by 25%, and that 75% of buyers were purchasing their first gun,” Omaha Outdoors’ Andrew Tuohy writes.

Adding to the evidence that Democrat-leaning Americans are looking into firearms is a Los Angeles Times article describing surging gun sales in the liberal states of California, New York and Washington.

“Consumers reportedly include both first-time buyers worried about the state of society and previous gun owners who are unsettled by the prospect of the government limiting gun purchases during the national emergency,” writes The Hill.