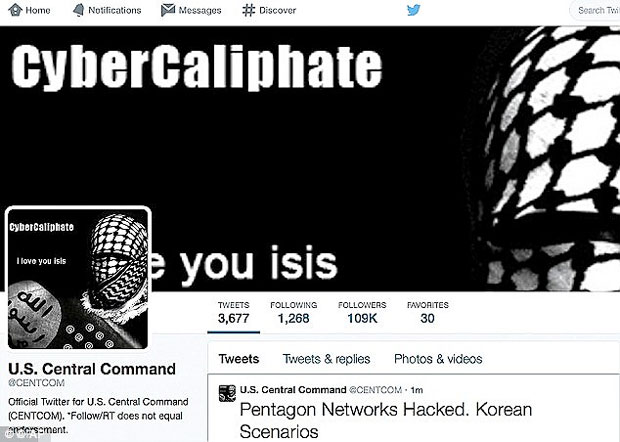 The Daily Mail reports one of the two suspects in the Garland, Texas shooting were assisted by Junaid Hussain, described as a British hacker loyal to ISIS.

That man is known to be Junaid Hussain, 21 – a former computer hacker turned jihadi who joined ISIS after fleeing his home city of Birmingham in 2013.

The Daily Mail says “within minutes of the first bullets being fired and while details of the attack were still vague, Hussain posted messages praising the gunmen as Muslim ‘brothers’ and revealed their target had been a exhibition where artists were drawing pictures of the Prophet Mohammed.”

The conclusion reached by the British news website is that Hussain and ISIS knew about the attack and likely had a hand in its execution.

“The apparent link between Hussain and at least one of the Garland shooters prompted experts to question whether the Briton had been in some way connected to the attack.”

Daveed Gartenstein-Ross, a senior fellow at the Foundation for Defense of Democracies, told the Mail the “interesting question is whether Junaid Hussain knew about the attack in advance.”

The Foundation for Defense of Democracies is a leading neocon think tank with a roster of influential neocons and government insiders, including James Woolsey, Frank Gaffney, Bill Kristol, Steve Forbes, Richard Perle, Charles Krauthammer and others. Toby Dershowitz, a former spokesperson for the American Israel Public Affairs Committee, is listed as a policy wonk and senior staffer.

Hussain was arrested in 2012 after he confessed to stealing former British Prime Minister Tony Blair’s personal details and blocking an anti-terror hotline with prank telephone calls. He posted the information about Blair and other government officials online.

He was sent to prison for six months and upon release fled to Syria and reportedly joined ISIS. He was later said to be responsible for hacking of Twitter and Facebook accounts belonging to U.S. Central Command.

Since at least the 1990s British intelligence has recruited, groomed and protected a number of terrorist figures, including Abu Qatada, Anas al-Liby, Omar Bakri Mohammed, Abu Hamza al-Masri and others.

Hamza was the imam presiding over the infamous Finesbury Park mosque, described as “a first port of call, a meeting place and a haven for terror suspects arriving and operating in the UK,” including Richard Reid and Zacarias Moussaoui.

Hamza began working for British intelligence and police in 1997. Hamza collaborated with Haroon Rashid Aswat, said to be the mastermind behind the London 7/7 bombings. Aswat, according to terrorism expert and a former prosecutor for the Justice Department, John Loftus, was a British intelligence asset.

The unanswered question, and one unlikely to be addressed by the corporate media, is what happened to Junaid Hussain while he was in custody in Britain. Why did British authorities release him after serving a mere six months for hacking the accounts of the prime ministers and other British officials, a crime that would appear to be serious enough to warrant years in prison?