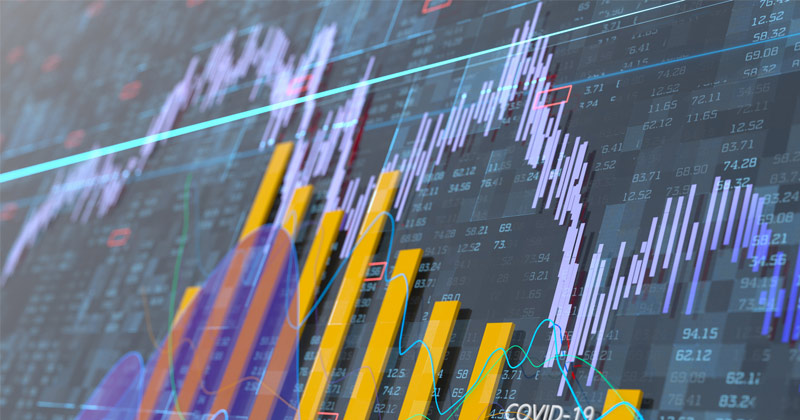 In the weeks following the United States shutting down over what has turned out to be mainly a nursing home epidemic, the economic geniuses on CNBC and Bloomberg discussed the various letter recoveries.

The consensus had been that the US would experience a V-shaped recovery over the next several months. While the early indicators lent credence to this analysis, a resurgence in coronavirus cases and health authorities talking about a return to lockdown measures have resulted in the possibility of the country witnessing a W-shaped recovery. It is not surprising that 2020 would produce a down-up-down-up recovery. At this point, all that is missing is the Detroit Tigers winning the World Series and flying spaghetti monsters invading the planet.

With all this talk of L-shaped or U-shaped recoveries, you can feel like a kindergartner struggling to recite the alphabet in front of your classroom. So, what do these letters even mean? Here is a quick cheat sheet you can refer to the next time you watch CNBC:

There are a couple of other letters, but these are the main ones that could affect the current US economy.

In recent weeks, there has been an enormous influx of data suggesting that the US is in store for a V-shaped recovery. The US economy has created 7.5 million new jobs in two months, retail sales are soaring at a record pace, manufacturing production and industrial output are rebounding, and the US stock market is reclaiming its dominance in the world. But it might be too good to be true.

The number of confirmed coronavirus cases has exploded in the United States, bringing the total to nearly 3 million and a mortality rate of 0.0465 percent. Due to the spike in cases in more than a dozen states, many assume that the US is embarking upon a second wave, which might be hard to fathom since it is unclear if the US ever finished its first wave.

If the situation does not improve, does this mean Americans will be forced to retreat to their homes and participate in another destructive lockdown? President Donald Trump and his administration have dismissed the speculation of another nationwide shutdown. In May, the president said in a statement during a tour of a Ford factory in Michigan that “we are not closing our country.”

When you watch coverage of the pandemic, the consensus is that a lockdown sequel is inconceivable due to the harmful economic and cultural effects of the first one. At the same time, many medical officials have been telling the press that COVID-19 “is not taking a summer vacation” and “it’s actually having new opportunities to spread.” Elected officials will be required to balance the economy with public health.

Perhaps a national one-size-fits-all stay-at-home order would not occur, but the states facing a severe outbreak could go this route. For businesses operating in those places, the adverse economic effects on the marketplace would be unimaginable. Thousands of companies are already finding it tough to survive, even with economies in the early stages of reopening. If they were forced to shutter their establishments, this would send shockwaves throughout the economy—again.

Remember, the US economy is two-thirds driven by consumption. If millions of Americans were again quarantined or ordered to stay home, this would tank the economy until the virus subsides—and it is deja vu all over again. Amazon and Clorox would stand tall, of course.

If President Trump loses in November and there is a massive increase of infections in the winter, there is a real possibility that a Joe Biden administration would impose strict measures that go beyond wearing a face mask.

The Shape of W

The US has experienced a W-shaped recovery before. The nation suffered a recession in the first half of 1980. It then recovered for nearly an entire year, but then the economy slipped into a second recession from 1981 to 1982. From there, economic growth exploded. Across the pond, the PIIGS (Portugal, Italy, Ireland, Greece, and Spain) of Europe endured a W-shaped slowdown between 2009 and 2013. The United Kingdom also suffered a W-shaped recession in 2011 and 2012.

The financial crisis that would transpire in a double-dip recession would devastate millions of businesses and households under today’s conditions. But the real damage could be the government and the Federal Reserve’s response. Both institutions have engaged in unprecedented and historic interventionism, burdening the next generation with astronomical amounts of debt and inflation that will unlikely ever be repaid or subdued. It is bad enough that the Republicans failed to manage Uncle Sam’s public purse responsibly during the prepandemic days. Democrats and their multitrillion-dollar spendthrift ways in the postcoronavirus economy could potentially trigger the next economic collapse. And there may be no going back unless policymakers summon the spirits of conservative and libertarian economists who can somehow manage to put Humpty Dumpty back together.