Hobart and William Smith Colleges is offering a course next year to teach students how “objectivity” and “meritocracy” function as “white mythologies.”

“White Mythologies: Objectivity, Meritocracy, and Other Social Constructions” is a sophomore-level course taught by Kendralin Freeman and Jason Rodriguez, who are sociology and anthropology professors, respectively.

“This course explores the history and ongoing manifestations of ‘white mythologies’—long-standing, often implicit views about the place of White, male, Euro-American subjects as the norm,” explains the course description, which adds that students will also “explore how systematic logics that position ‘the West’ and ‘whiteness’ as the ideal manifest through such social constructions as objectivity, meritocracy, and race.”

Though neither Freeman or Rodriguez responded to a request for more information from Campus Reform, both professors have worked together for a few years, and notably co-authored an article in the journal of Whiteness and Education together.

In that article, Freeman and Rodriguez argue that despite the good intentions of white students and community members, calls for “intersectionality” and “diversity” on campus may actually “derail dialogue about racism” and inadvertently “recenter whiteness.”

They also contend that efforts to increase minority representation on college campuses may actually promote white privilege, as well, since those diversity efforts are often couched in neoliberal sloganeering as opposed to an acknowledgment that racism still exists.

“Diversity measures are rarely presented as tactics for addressing the unfair, systematic advantages that white subjects experience, but are instead framed as either avenues for addressing historical injustices or issues of simple underrepresentation,” they write.

“In the absence of any discussion of the ongoing structural relations that produce minority underrepresentation and white privilege, this is particularly easy to co-opt into the ideology of ‘culture of poverty’ or to denounce in the name of meritocracy,” they add.

As Campus Reform has previously reported, meritocracy and objectivity are often criticized by academics for promoting or justifying “whiteness” or “white privilege.”

One professor, for instance, recently argued that meritocracy serves as a “whiteness ideology,” while another group of professors has claimed that “scientific objectivity” reinforces “white privilege.”

Campus Reform reached out to Freeman and Rodriguez for comment, but did not receive a response. 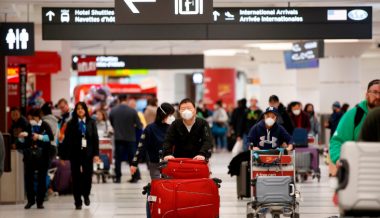