The Virginia Court of Appeals has ruled that Yelp users have no right to anonymity when they post negative comments about a business online. The ruling was handed down after the owner of a carpet-cleaning business said criticism about his business was not posted by customers.

“The Virginia statute makes the judge a gatekeeper to decide whether or not there’s a common-sense reason for someone in our position to get this information” on a Yelp user, a lawyer for Hadeed Oriental Carpet Cleaning argued. “In order for someone like Joe Hadeed to find out who these people are, he has to explain his case, and if he can convince the judge that there might be a real lawsuit against this person, the judge can then say, ‘Yes, you can get this information.’”

“Generally, a Yelp review is entitled to First Amendment protection because it is a person’s opinion about a business that they patronized,” the judge in the case ruled. “If the reviewer was never a customer of the business, then the review is not an opinion; instead the review is based on a false statement” and the reviewer is not entitled to anonymity.

“We are disappointed that the Virginia Court of Appeals has issued a ruling that fails to adequately protect free speech rights on the internet, and which allows businesses to seek personal details about website users — without any evidence of wrongdoing — in efforts to silence online critics,” a lawyer for Yelp said.

Vince Sollitto, a spokesman for Yelp, said Virginia should adopt “strong protections in order to prevent online speech from being stifled by those upset with what has been said.”

“Protections for anonymous speech are vital to democratic discourse. Allowing dissenters to shield their identities frees them to express critical minority views,” the Supreme Court ruled in the McIntyre v. Ohio Elections Commission in 1995. “Anonymity is a shield from the tyranny of the majority…. It thus exemplifies the purpose behind the Bill of Rights and of the First Amendment in particular: to protect unpopular individuals from retaliation… at the hand of an intolerant society.”

“The tradition of anonymous speech is older than the United States,” notes the Electronic Freedom Foundation. “Founders Alexander Hamilton, James Madison and John Jay wrote the Federalist Papers under the pseudonym ‘Publius’ and ‘the Federal Farmer’ spoke up in rebuttal. The US Supreme Court has repeatedly recognized rights to speak anonymously derived from the First Amendment.”

Polls show Americans value the First Amendment and the right to online anonymity. In September, Pew Internet posted the result of a poll showing that nearly 60 percent of those surveyed believe people should have the ability to use the internet completely anonymously. 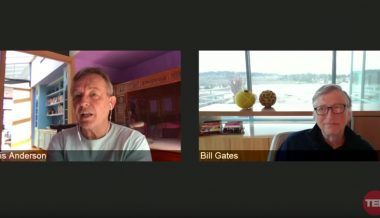