Agency broke the law by deploying body scanners, then ignored a court order for over a year The U.S. Circuit Court of Appeals for the District of Columbia has demanded that the TSA explain why it has ignored a now year old order to conduct a public comment process with regards to its use of so called naked body scanners.

The Department of Homeland Security, which oversees the TSA, will have until August 30 to provide a reason why the agency has not held public hearings on guidelines for the body scanners that have been systematically rolled out in airports throughout the nation.

In July of 2011, the Court of Appeals ruled that the TSA had violated federal law by deploying the radiation firing body scanners without soliciting public comment.

A unanimous three-judge panel ruled that the TSA’s failure to provide notice and allow sufficient time for comment before adopting the technology as a primary passenger-screening tool was unlawful.

Specifically, the TSA’s actions violated the Administrative Procedure Act, which requires federal agencies to provide notice and opportunity for comment when implementing a rule that affects the rights of the public.

Judge Douglas Ginsburg found there was “no justification for having failed to conduct a notice-and-comment rulemaking,” and said, “few if any regulatory procedures impose directly and significantly upon so many members of the public.”

The TSA had argued that it “should not have to stop every five minutes for comment and rulemaking”, and that it did not have the resources to do so in any case.

The court noted that it would allow use of the scanners to continue, but that the TSA should ” act promptly” to initiate the legally required notice-and-comment rulemaking procedure. It did not.

Last month, the Electronic Privacy Information Center (EPIC), which originally brought the case, filed a mandamus petition with the Court in Washington, DC to demand the beginning of a public comment process.

The move represented the third time EPIC had attempted to get the court to enforce the law on the TSA.

In the petition, EPIC notes that the agency’s delay in acting poses risks to travelers, defies the Court’s authority, and is flat out unlawful. EPIC asked the court to require that the TSA receive public comments within 60 days or that it suspend the body scanner program altogether.

The court has finally carried the motion and issued an order (PDF) for the DHS to respond to the petition.

Marc Rotenberg, EPIC’s executive director, said in an e-mail to Wired, that the “court’s order indicates that we have meritorious arguments.”

A TSA spokesperson told Wired that any public hearings, and in turn any response to those hearings from the TSA, should not be expected until “next year.”

EPIC also submitted a Freedom of Information Act request to the TSA last month, in order to ascertain whether the agency ever had any intention of complying with the law and affording the public the opportunity to comment on the scanners.

EPIC has previously argued in court that body scanners are “invasive, unlawful, and ineffective,” and that the TSA’s deployment of the devices violated the U.S. Constitution and several other federal statutes. The rights group is pursuing a case to completely suspend use of the scanners in airports.

EPIC has received support for its action against the TSA from The Competitive Enterprise Institute, which issued a brief that argues that the TSA’s claims that it does not have the resources to comply with the public rulemaking process are entirely bogus:

“Curiously, the obstacles responsible for the TSA’s delayed rule-making here do not appear to have forestalled the agency’s aggressive deployment of AIT scanners in airports nationwide.” it continues.

“This course of conduct is hardly indicative of an agency so starved for resources that it cannot comply with a straightforward judicial mandate within one year. Moreover, the TSA’s purchase of hundreds of new scanners after this Court’s July 2011 decision in EPIC suggests the agency intends to continue doing as it pleases without regard to public input or duly enacted laws.”

CEI and EPIC have also been joined in their calls by The Electronic Frontier Foundation (EFF) and The Cato Institute.

Jim Harper, the director of information policy studies at the Cato Institute, has also issued a petition to the White House on the matter.

The petition needs another 9,000 signatures to reach a total of 25,000, at which point the President is obligated to publicly respond.

“The public deserves to know where the administration stands on freedom to travel, and the rule of law.” Harper notes.

“While TSA agents bark orders at American travelers, should the agency itself be allowed to flout one of the highest courts in the land?” Harper adds.

The federal government has invested close to a billion dollars so far into a fleet of 800 scanners, and the TSA has outlined plans to buy nearly 1,000 more in the next two years.

The TSA is continuing to roll out more full body scanners in airports across the country despite the fact that a recent Congressional report concluded that the agency “is wasting hundreds of millions of taxpayer dollars by inefficiently deploying screening equipment and technology to commercial airports.”

Another recently discovered Homeland Security report noted that federal investigators have “identified vulnerabilities in the screening process” involving the scanners.

The reports provided a basis for renewed investigation of claims made in March by Engineer Jon Corbett who posted a video of himself demonstrating how the body scanners can easily be bypassed.

The TSA initially responded to the revelations, describing Corbett as “some guy” who had launched a “crude attempt to allegedly show how to circumvent TSA screening procedures.”

The agency failed to even address the fact that Corbett had proven the body scanners could be easily defeated, and then it threatened journalists not to cover the story.

Corbett has continued his efforts to expose flaws in the body scanner program by interviewing TSA whistleblowers who have admitted that the scanners routinely fail to pick up prohibited items such as knives, guns and powder designed to resemble explosive material. Corbett also recently testified in a congressional hearing on the scanners.

As we have previously noted, multiple other security experts have gone on recordsaying that the scanners are ineffective. 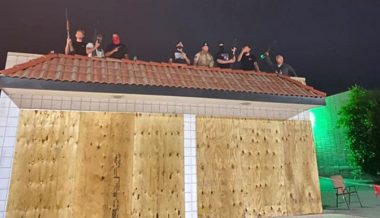