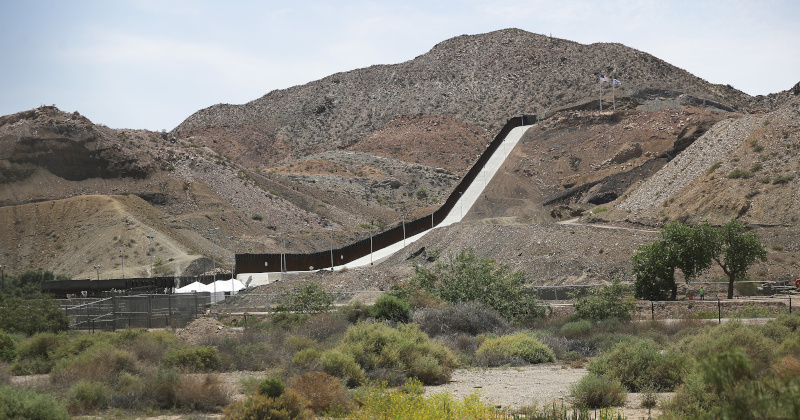 A court in the US state of Texas has ruled in favour of allowing a private fundraising group called We Build The Wall to continue building a stretch of wall on the US-Mexico border, dismissing appeals raised by two parties concerning the wall’s potential environmental and political impact, media reported.

According to CNN, a court in the US state of Texas on Thursday rejected a claim made by the National Butterfly Centre, which argued that construction by a private fundraising group called We Build The Wall was illegal and would harm the environment in the region.

Additionally, a claim by the International Boundary and Water Commission’s that the wall’s construction could potentially divert the course of the river Rio Grande, which would, in turn, violate a 1970 border treaty between the US and Mexico.

Southern District of Texas federal judge Randy Crane dismissed the appeals for their speculative and unsubstantiated nature, and allowed the private fundraising group, headed by military veteran Brian Kolfage, to resume construction of the three-mile stretch of the wall located near the city of Mission.

According to media reports, the group has received $25 million in private donations for its wall-building projects.

“Twin court victories for the wall today!” Kolfage wrote on Twitter, also referencing a Wednesday verdict in a federal appeals court that permitted the use of $3.6 billion of Department of Defence funds for border wall construction.

In September, US Secretary of Defence Mark Esper authorised using this money for 11 individual wall projects along the US-Mexico border.

The construction of a wall along the border between the US and Mexico to stymie the flow of illegal immigration was a flagship pledge made by now-President Donald Trump before the 2016 elections.

Trump has been in a battle with Congress since taking office to receive state funding to construct the wall, a conflict that culminated in a 35-day government shutdown that began in December 2018.