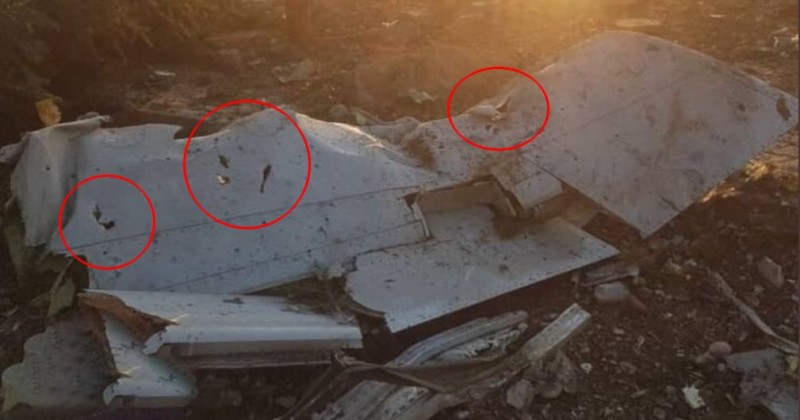 Iran is refusing to hand over black box data from the Boeing 737 that crashed over Tehran, as speculation builds that the aircraft was shot down by an Iranian missile.

The Ukraine International Airlines jet went down early Wednesday, killing all 167 passengers and nine crew. The majority of passengers were from Iran and Canada. The crash occurred just hours after Iran attacked two U.S. air bases in Iraq.

According to the company, the Boeing 737-800 was was of their best planes in the fleet, was “in excellent condition” and had undergone scheduled maintenance just two days before the crash.

The pilots and flight crew were also described as highly experienced and competent, with UIA flight director Ihor Sosnovsky asserting, “Given their experience, it is very hard to say that something was wrong with them.”

All evidence, including video, points to PS752 being shot down by a surface-to-air missile, burning up in mid air and falling to the ground. There’s extensive damage on the plane that could’ve only been caused by shrapnel from a mid-air detonation. pic.twitter.com/TpsfUeM0u8

Now Iran is refusing to hand over vital black box data from the aircraft, suggesting they are trying to control the investigation.

“Iran says it will not hand black box of crashed plane over to Boeing,” reports the Spectator Index.

BREAKING: Iran says it will not hand black box of crashed plane over to Boeing

“The possibility of a terrorist attack or a rocket attack can currently be ruled out,” said the Ukrainian Embassy in Tehran, reversing an earlier unverified claim that the plane went down as a result of “engine failure.”

The crash took place hours after Iran began its ballistic missile strikes against U.S. bases. The Ukrainian Embassy in Tehran says: “The possibility of a terrorist attack or a rocket attack can currently be ruled out.” https://t.co/IcCrYwcpt3

Speculation that the plane was downed by an Iranian missile is rampant.

Images appear to show shrapnel damage on wings & fuselage of the aircraft.

This looks like shrapnel damage on the Ukraine International Airlines flight PS752, which went down near Tehran tonight. Pictures 2 and 3 show shrapnel damage on MH17, shot down by an SA-11 Buk surface-to-air missile in 2014. (via @Kaitain_AZ ) pic.twitter.com/z5J5ZIf0Rm

“The airplane was heavily fragmented which means either there was an intense impact on the ground or something happened in the sky,” Aviation analyst Todd Curtis told the BBC.

– If there was an engine fire the plane would’ve slowed down, and the pilots would’ve made their way back to the airport. It kept climbing.
– Fire suppression systems would’ve prevented the plane from turning into a ball of fire.
– Shrapnel damage on wings & fuselage. pic.twitter.com/q0lhwhjNYu

Twitter users pointed out that the Iranian Malard missile launch is directly on the flight path of the plane.

Is it just me or is just a coincidence that the Iranian Malard missile launch site just happens to be in front of the flight path of the Ukrainian flight? pic.twitter.com/RFI9mbLMnF

“An engine failure/fire wouldn’t allow this plane to continue climbing at 2800’/minute at 318 mph,” asserted another user.

Is it just me or is just a coincidence that the Iranian Malard missile launch site just happens to be in front of the flight path of the Ukrainian flight? pic.twitter.com/RFI9mbLMnF

“Airliners don’t go down every day. So what are the odds that this airliner would erupt into flames in the sky 4 hours after Iran lobbed a dozen ballistic missiles at Iraq?” asked one commentator.

If it turns out that Iran accidentally shot down a passenger plane primarily full of its own citizens, that will not only represent a tragic catastrophe, but an utter embarrassment.