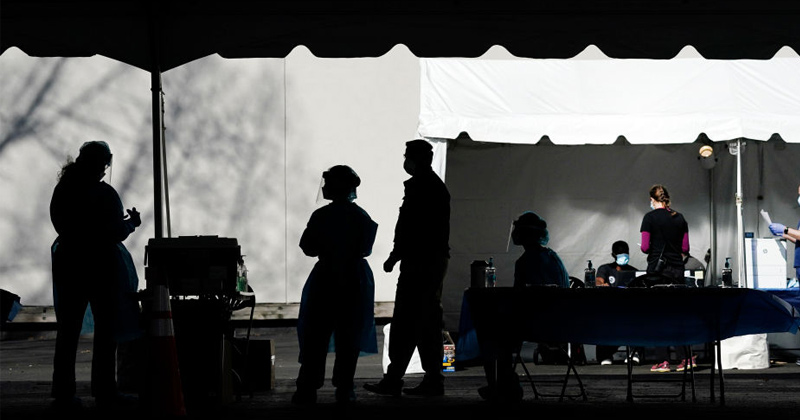 The death toll from Covid-19 and related complications has exceeded 10,000 across the United States, according to a Reuters tally. But this number could be under-reported due to limited posthumous testing, data aggregators say.

The agency reported the grim milestone around noon Eastern Time on Monday, while another popular tally by Johns Hopkins University had the number slightly lower than 10,000.

Even so, the resulting figures are still being undercounted, claimed Jennifer Nuzzo, a senior scholar at the Johns Hopkins University Center for Health Security.

We definitely think there are deaths that we have not accounted for.

Concerns over the real death toll being possibly much higher than the official US government numbers have also been recently voiced in mainstream media like the Washington Post and the New York Times, which previously focused their criticism on allegedly understated figures coming from more “authoritative” and “repressive” states.

The latest reports allege that local authorities in the US might be dramatically undercounting Covid-19-related deaths due to an unwillingness to waste precious testing kits to double-check if people, who seemingly died of other causes, had actually been infected with the coronavirus.

Meanwhile, the official numbers, at least those coming from the hardest-hit epicenter of New York, have shown the first signs of “leveling off,” prompting US President Donald Trump to hold an unexpected briefing to share the good news with Americans.

“Maybe that’s a good sign,” Trump said, citing the first drop in daily fatalities there as a “light at the end of the tunnel.”

Trump’s advisers on the coronavirus task force, however, warned against early optimism, with Dr Anthony Fauci, director of the National Institute of Allergy and Infectious Diseases, saying:

What you’re hearing about potential light at the end of the tunnel doesn’t take away from the fact that tomorrow, the next day, are going to look really bad.