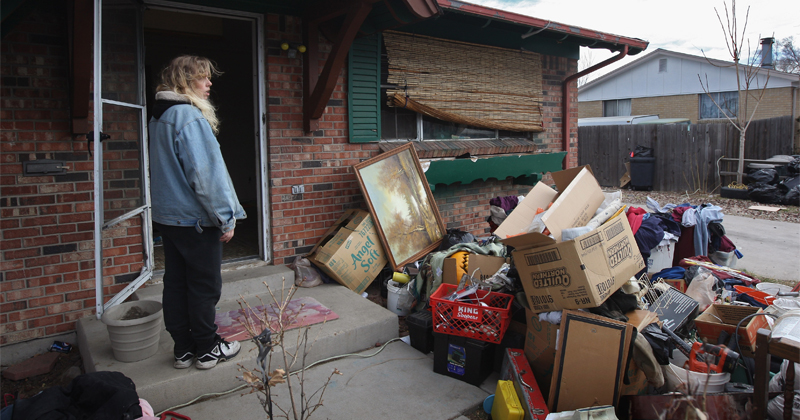 The economic consequences of the coronavirus-induced government economic shutdowns continue to pile up.

According to one expert on eviction, between 20 million and 28 million Americans could face eviction between now and September. That compares to about 10 million evictions over a much longer period of time following the foreclosure crisis in 2008.

Emily Benfer chairs the American Bar Association’s Task Force Committee on Eviction and was co-creator of the COVID-19 Housing Policy Scorecard with the Eviction Lab at Princeton University.  She told CNBC the number of evictions is unprecedented.

“We have never seen this extent of eviction in such a truncated amount of time in our history. We can expect this to increase dramatically in the coming weeks and months, especially as the limited support and intervention measures that are in place start to expire.”

One economist estimated the economic shockwaves from the government shutdowns could precipitate a 40% rise in homelessness this year alone.

The government COVID-19 policies were supposed to save lives, but Benfer said the health consequences tied to evictions will be significant.

“Studies have demonstrated that eviction causes increased mortality and causes respiratory distress, which in the Covid-19 pandemic can put people in even greater peril. It results in depression, suicides and other poor health outcomes.”

Sadly, Benfer’s solution to the eviction issue is as economically ignorant as the government shutdowns that created the crisis to begin with. She wants a national moratorium on evictions. But this would merely shift the economic burden to landlords who depend on rent to pay their mortgages. If they can’t keep up their payments, the banks will ultimately be forced to foreclose, and eventually, tenants will still get kicked out.

I suppose you could also put a moratorium on bank foreclosures, but failing banks certainly isn’t a prescription for a healthy economy.

“The free market would have never screwed us up this much. It was government interference in the free market.”

It’s not just the looming wave of evictions. We’ve reported on the number of people of small business owners who don’t think they’ll survive, the increasing number of over-leveraged zombie companies, and the tsunami of defaults and bankruptcies on the horizon.

All of this should put a big wet blanket over the notion of a quick v-shaped recovery. As I’ve said over-and-over again, curing the coronavirus won’t cure the economy.