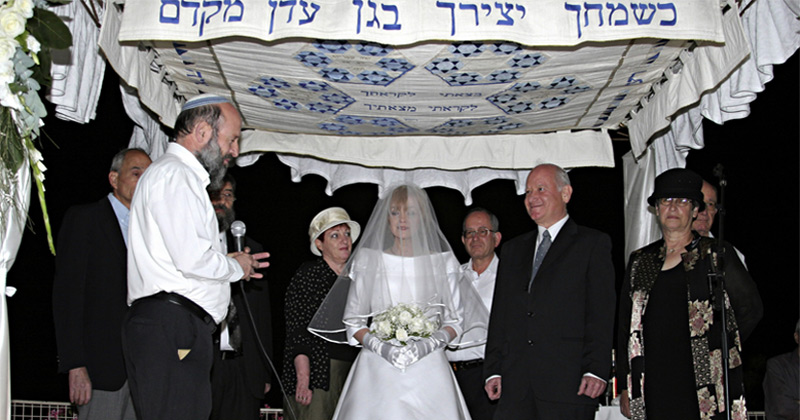 Lakewood, New Jersey police have arrested at least two Orthodox Jewish men who violated the state’s stay-at-home order by hosting weddings on their own property where over 50 guests were reportedly in attendance.

Shaul Kuperwasser, 43, and Eliyohu Zaks, 49, were charged with maintaining a public nuisance for defying the governor’s COVID-19 decree.

In fact, according to local news, “More than a dozen property owners have been ticketed for violating Gov. Phil Murphy’s coronavirus executive order” over the past few days.

New Jersey Attorney General Gurbir Grewal announced Monday that these individuals will face up to six months in jail, a fine of up to $1,000 or both.

Additionally, Lakewood police spokesman Greg Staffordsmith said the Ocean County Prosecutor’s Office is deciding whether or not criminal charges should be filed against a private Jewish high school also said to be defying the state order.

New Jersey 101.5 reports, “About 50 students remained at Mesivta of Lakewood, a Jewish high school, on Friday afternoon with the goal of getting all of the remaining students off campus by the end of the day, according to Staffordsmith. An officer from the state Division of Child Protection and Permanency was dispatched to the site.”

Governor Murphy is becoming increasingly upset with citizens defying his authoritarian orders, telling reporters, “It’s time to cut the crap. We simply cannot have this. We have got to ensure compliance, no matter what the circumstances are.”

He also maintained that his order banning gatherings of more than 50 people “has to be enforced,” adding, “It will be enforced aggressively.”

In New York, Orthodox Jews are also violating state orders as The JC reports, “On Friday, around 200 Chabad-Lubavitchers prayed outside of the group’s headquarters, in an illegal service that spread over two blocks and onto the street, which New York police said they did not break up for fear of infection.”

This picture makes me really angry — line outside G&G clothing in Borough Park tonight. Innocent people are dying and these folks are worried about a new suit for Passover.. 😡😡 pic.twitter.com/gPyrBm411M

It remains to be seen how governments around the country will respond to individuals who disobey COVID-19 stay-at-home orders in the name of religious freedom.