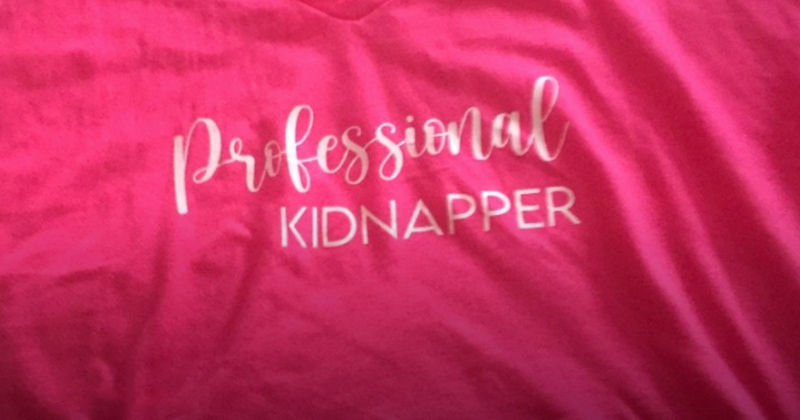 The pink T-shirts, with “Do you know where your children are?” inscribed on the back, were reportedly worn by multiple Arizona Department of Child Safety office workers during work hours, according to an investigation by the Arizona Republic.

“In one photo, apparently shot in the parking lot of the DCS Prescott office, several of the staffers are facing the camera and several have their backs turned, presumably to show the messages on both sides of the T-shirt,” the Republic reports. “All appear to be wearing masks covering their nose and mouth and one has her work badge dangling from her T-shirt.”

The shirts were allegedly an “inside joke” intended to make fun of the common perception that views CPS workers as state sponsored kidnappers who often abuse their positions of power.

The former staffer who reported the incident said the understaffed office with a high turnover rate was notorious for a “long-standing practice of bullying and entitlement.”

Commenting to the Republic, the head of child abuse prevention group Prevent Child Abuse Arizona said the shirt “really illuminates that people in the system are biased against parents.”

The Republic also showed the photo to a parent whose child was “kidnapped” by one of the fired workers, who said it “enraged her.”

Watch: Help For Families Who Are Victims of CPS Bureaucracy

Is your family a victim of the massive CPS bureaucracy? 84% of parents are eventually cleared but children are kidnapped for months or years. Dwight Mitchell, FamilyPreservationFoundation.org, joins to explain his free video series to help families know their legal rights, the financial incentives behind the legal kidnapping of children and the tricks used to steal children.