Lopsided crime statistics, where immigrants are clearly overrepresented, have become a major political argument ahead of the Swedish general election in September.

Foreign-born individuals are overrepresented in Sweden’s crime statistics, especially with respect to serious crimes, a unique map published by the Swedish daily Dagens Nyheter spanning 131,000 crimes committed by 65,000 perpetrators in 2017 has shown.

This is in line with the latest mapping of immigrant crime concluded in 2005 by Sweden’s Council for Crime Prevention (Brå). Since then, no similar studies have been carried out for “ethical reasons.” Back then, Brå found that immigrants were overrepresented by 2.5 times, although a different counting mechanism was used. Brå also highlighted that the overrepresentation was highest among people born in the Middle East and Africa.

Dagens Nyheter attributed this skewed balance to the fact that immigrants are often worse off economically and socially disadvantaged compared with the majority population, which was a major factor contributing to crime.

According to Jerzy Sarnecki, a professor of criminology at Stockholm University, immigrants’ overrepresentation depended on an array of factors, including discrimination within the legal system including racial profiling, traumatic experiences in their often war-torn home countries, as well as cultural clashes, poverty, social isolation, low socioeconomic status and difficult childhood conditions.

The debate about the link between crime and immigration was recently rekindled by the film “Sentenced for Rape” by Swedish national broadcaster SVT, which revealed that 58 percent of all convicted rapists over the past five years were immigrants, the majority of them born in the Middle East or Africa.

The film touched a sensitive spot in Swedish society, becoming an argument in the debate ahead of upcoming general election in September.

“Sweden needs to put the foot down. If you commit rape and are a foreign citizen, you should be expelled. We must also dare to acknowledge that there are cultural and norm-related problems, such as with young guys from Afghanistan, that need to be addressed,” Conservative legal spokesman Tomas Tobé told the tabloid daily Aftonbladet, accusing the “red-green” Löfven government of trying to conceal the unpleasant statistics.

Investigative journalist Joakim Lamotte was critical of the mapping, stressing that it left out second-generation immigrants, who also play a role in rape statistics.

“There is a historic betrayal of vulnerable women going on in our country, and for this I mainly blame our politicians and journalists,” Lamotte said, as quoted by the Samtiden magazine.

On the other hand, Jerzy Sarnecki, who was also featured in “Sentenced for Rape,” later said the film “preyed on Swedes’ fears” and it shouldn’t have been broadcast at all. According to him, it shifted the focus solely towards perpetrators’ ethnicity while ignoring other factors.

“Let’s say that we have TV anchors’ profiles or film moguls on the one hand and newly arrived Afghan boys on the other hand. Who do you think is more likely to be sentenced for rape?” Sarnecki told SVT.

Sarnecki argued that the film will have far-reaching consequences.

This right-wing idea of foreign men coming to Sweden to rape Swedish women will get an even deeper rooting,” he said.

As of today, two Swedish parties, the Sweden Democrats and the Alternative for Sweden, are pushing for returning and deporting immigrants respectively. 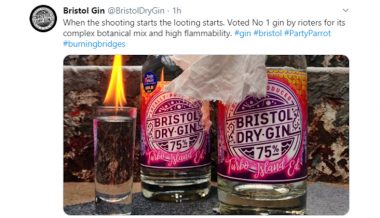 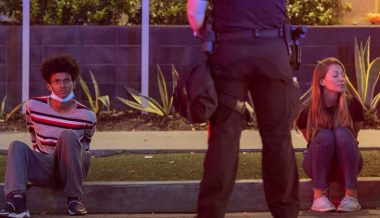