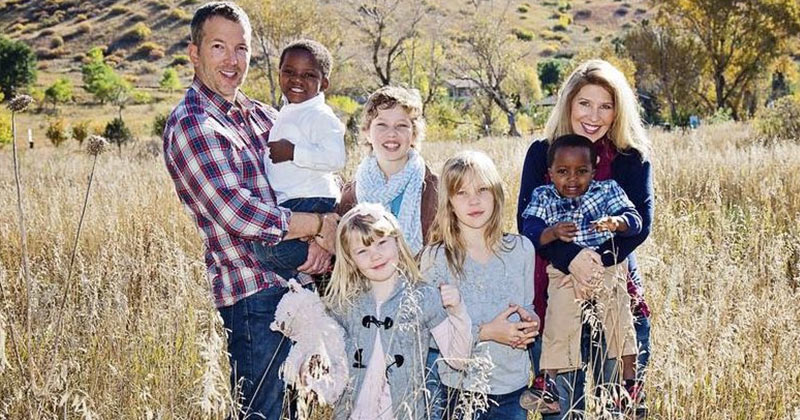 An illegal alien from El Salvador who had a criminal history and was facing deportation allegedly killed a father of five in a “careless driving” motorcycle accident.

The incident took place just north of El Paso County, Colorado when a truck swerved into the right lane of Colorado State Highway 83 and then veered left into oncoming traffic, striking Sean Buchanan and his motorcycle.

The deceased was ironically a pro-immigration activist who “was an advocate for people who were trying to get into our country,” according to close family friend Amy Savage. “He just was a man who loved and accepted everyone.”

Buchanan, 45, leaves behind his wife Kathy and their five children aged 6-15, two of whom were adopted from the African country Burundi.

Illegal immigrant Miguel Ramirez Valiente was sentenced to a year’s probation and the revocation of his license after a 2018 DUI.

He was also charged with reckless endangerment in a child neglect case and was slated for deportation.

The day before the tragic wreck, Valiente’s probation was extended after failing to finish a court-ordered treatment program and community service.

Valiente was not arrested at the scene of the crash and was charged with misdemeanor careless driving with a revoked license.

Colorado State Master Trooper Gary Cutler said, “Most of the time we do not arrest on a fatality accident, unless there is a high risk of intoxication, because at that moment we are not sure of charge.”

Valiente made national headlines in January after he sought refuge at a local church to avoid being deported back to El Salvador amid the government shutdown taking place at that time.

The All Souls Unitarian Universalist Church let Valiente stay for two weeks until the shutdown was over.

A close acquaintance of his spoke with The Denver Channel to provide insight into the real Miguel Valiente.

“He’s an alcoholic and an abuser,” the woman said. “My personal opinion is that we don’t do enough to stop this kind of thing because it could have been stopped.”

“He should have been arrested after the crash,” she continued. “He just had a DUI, and he’s driving with no license, and he killed somebody, like you shouldn’t walk away from that.”

The acquaintance said she made the decision to speak out because “This family deserves to know who they’re dealing with. My heart broke for this family because this could be prevented.”