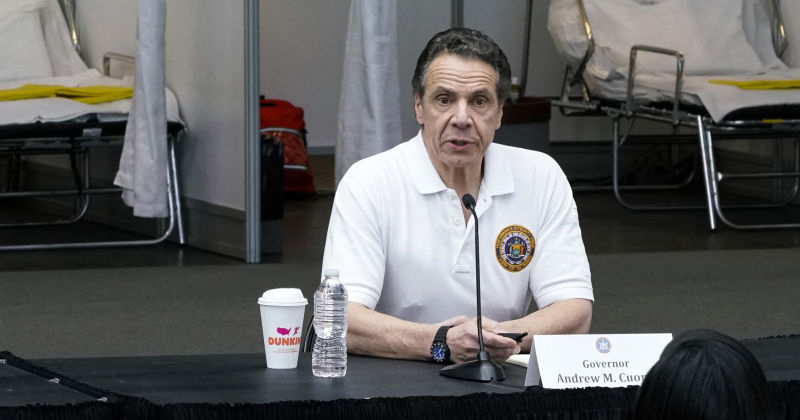 During an appearance on former New York Mayor Rudy Giuliani’s radio program, New York Governor Andrew Cuomo bemoaned that the models and projections provided by scientists and statisticians throughout the coronavirus pandemic have been completely wrong.

In a polite 9-minute interview on Giuliani’s program, Cuomo discussed the challenges currently faced by New York, and noted that every model provided by scientists has been completely wrong, and seemingly as a result, virtually useless.

“All of the projections, by the way, all those statisticians have been 100 percent wrong at this point,” said Cuomo. “And we’ve been following the models because that was the only blueprint, but they haven’t turned out to be correct.

“Sort of like the old days when we tried to predict a storm by listening to the weather forecasts,” he added.

The models used by Dr. Anthony Fauci and Dr. Deborah Birx have been repeatedly proven wrong and readjusted, leaving some to wonder about the utility of such models for predicting the spread and severity of the Chinese coronavirus.

Berenson also noted that mainstream media outlets, including his former employer, is still using the outdated models predicting hundreds of thousands of deaths.

You may understand why this matters – but if not – the @IHME_UW projections have been changed THREE times since March 31 (resulting in sharp cuts in hospitalization/ICU projections). If this were actually made yesterday, it would be frightening. Instead it’s just out of date.

It remains unclear when, if ever, the models will receive enough data to accurately predict the spread and severity of the Chinese coronavirus.

David Knight is joined by Dr. Sherri Tenpenny to discuss the hidden globalist agenda of Bill Gates and what you can do to prepare.