Much like the San Bernardino attack revealed a manipulative scheme for green-card marriages, so too is the Mandalay Bay Massacre revealing the use of multiple identities within the associations of the killer.  Marilou Who?

Oh, and if Marilou Danley she reads these reports before getting on board her flight back from Japan, the Philippines, Indonesia, Taiwan, Australia and/or wherever the heck she really is… well, she likely ain’t coming back.  Just saying.

(Via NewsWeek) Marilou Danley, the live-in girlfriend of Las Vegas gunman Stephen Paddock, and now a “person of interest” in the shooting investigation, is a Philippines native who has used two Social Security numbers during her two-plus decades in the United States, and was married to two men at the same time, public records show.

The person who may hold the key to solving the mystery of why the Vegas gunman killed 59 and wounded nearly 600 people led a convoluted life of her own, with two simultaneous husbands, a bankruptcy, two Social Security numbers, multiple addresses in several states and even different ages depending on which state records you review.

The details are part of a Newsweek investigation into Danley’s past, which takes on a new urgency now that the FBI is frantically working to bring her “immediately” back from overseas for more information about the shooting and the $100,000 Paddock wired to her family there days before the shooting.

Marilou came to the U.S. as Marilou Natividad, married Geary Danley in 1990 and took his surname. Danley, 76, lives in Arkansas, but he has declined to answer questions.

In 1996, Marilou wed Jose Bustos, and became Marilou Bustos. But she did not dissolve her marriage to Danley until 2015, divorce records show.

Both marriage licenses were filed in Clark County, which includes the city of Las Vegas, even though the Danleys lived in Tennessee and Arkansas around the time of their marriage, and the Bustoses lived in California. Marilou also has a daughter, currently living in California, but it is unclear whether one of her husbands, or another man, fathered the child.

Oh, my favorite paragraph this week:

At times, her identities merged: Marilou filed for bankruptcy in 2012, under the name Bustos, while she was still married to Danley and living with Paddock in Reno. Her lawyer during the bankruptcy has not yet responded to a request for comment.  Marilou held multiple addresses, some simultaneously—in Arkansas, Tennessee, California, Florida and other states, and often moved through cities within those states.  (more). 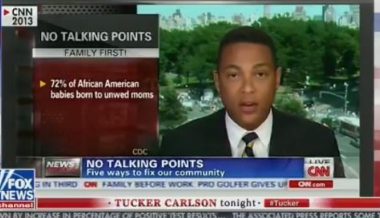