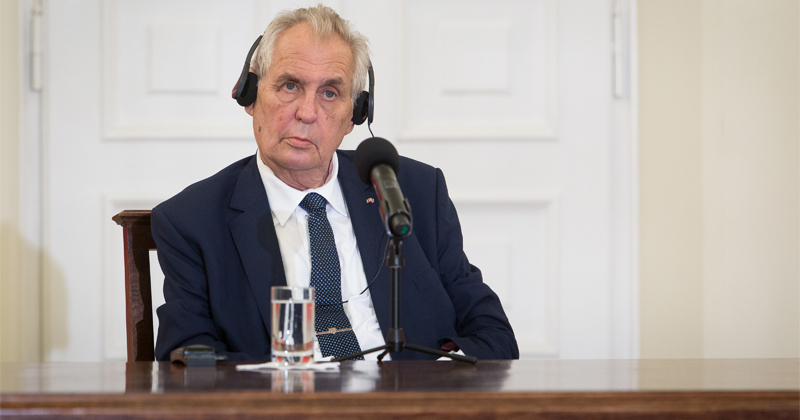 Czech President Milos Zeman has criticized the Black Lives Matter movement, calling the name “racist,” and instead asserts that “all lives matter.”

During a speech in a visit to the United States Embassy, President Zeman said, “I say that the slogan ‘Black Lives Matter’ is a racist slogan because all lives matter.” He also criticized the wanton destruction left behind by “the riots on the streets, the burning of the cars, destroying of statues in both countries,” according to Straits Times.

The Czech president went onto compare the movement’s dystopian watchful eyes to Big Brother in George Orwell’s 1984, according to Kafkadesk.

He added, “We need free thinking, we need common sense. I do not need any new Big Brother.”

The recent Black Lives Matter protests culminated in violence and vandalism throughout the Western World.

Zeman also addressed the attacks on both Czech and American society, saying: “We cannot ignore this danger, we must face it.”

In the Czech Republic, a statue of Winston Churchill was defaced with the words “Racist” and “Black Lives Matter.” Protesters lay down for 8 minutes and 46 seconds to commemorate the length of time Minneapolis police officer knelt on the suspected fraudster George Floyd.

The 75-year-old pro-Russia, pro-China, left-wing president, who will serve his term until 2023, also pointed the finger at “stupid fellows who declare themselves value leaders, or even opinion leaders,” before adding “we need free thinking, we need common sense.”

Expats News reported that the president also quoted from the song Old Time Religion, reciting: “It was good for my father, it was good for our mother and it’s good enough for me.”

Owen exposes the hypocrisy of the radical left as cops continue to save lives across the nation.