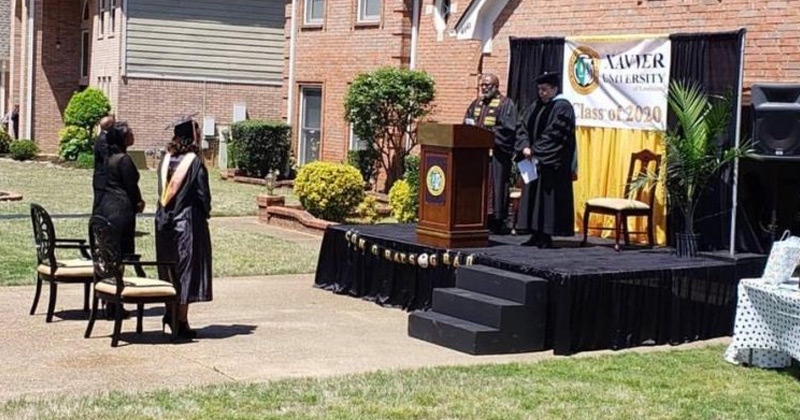 A dad in Tennessee built his daughter a makeshift stage to celebrate her graduation, as schools are closed due to the coronavirus pandemic.

Memphis father Torrence Burson went the full nine yards decorating his driveway as a stage, complete with a podium, loudspeakers, presenters, ferns on each side and even the Xavier University’s official seal adorning a wooden podium.

“After all those years, you’re going to walk across somebody’s stage if I have to build you one myself,” Burson told FOX13.

His daughter, Gabrielle Pierce, had been upset when the coronavirus cancelled her graduation ceremony.

“Initially I was upset, I was crying. It took me like a week to stop crying. I really wanted to walk, I felt like I needed to walk,” Pierce said.

Seeing his daughter devastated, Burson resolved to build a graduation ceremony from scratch.

“I went to bed and woke up in the middle of the night and said, ‘that’s it. I’m just going to bring the graduation here,’” Burson said, adding his wife thought the idea was crazy. 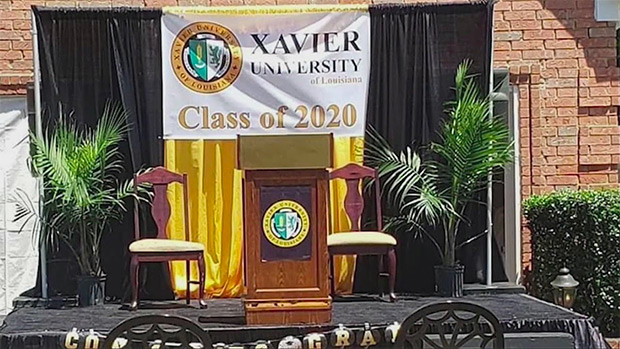 The setup came out better than they’d imagined, people showed up and Pierce was impressed and grateful.

“I was just I awe. I was amazed. I couldn’t believe a lot of people showed up. People were driving by yelling congratulations,” she told Fox 13 Memphis.

“It was just amazing. Better than the actual graduation, because it was more personal,” she added.

Burson says if he ever has to do that again, it will be “even bigger.”

“We love our daughter this much. Regardless of the dollar figure, what it took to pull this off. If I had to do this over again, I’d probably do it even bigger,” said Burson.