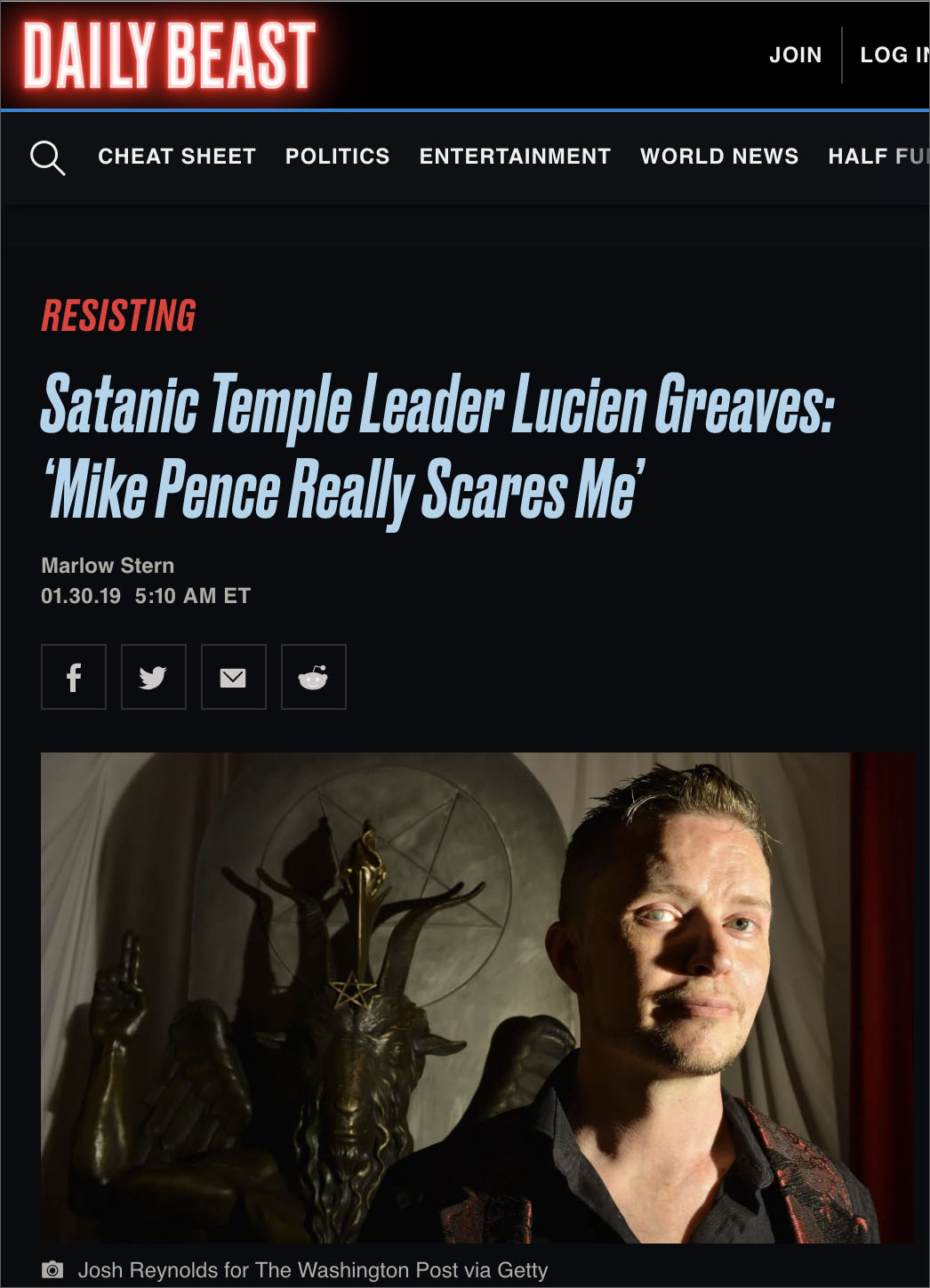 The Satanic Temple’s founder is terrified of Vice President Mike Pence because of his Christian faith, the Daily Beast reported.

In a Wednesday interview, Satanic Temple founder Lucien Greaves said that Pence’s Christianity poses a threat to the United States.

“Trump is too stupid to predict; the guy has no concept of his own limitations,” Greaves told the Daily Beast.

“The thing that makes me most comfortable with Trump is the fact that he has no vision. Mike Pence really scares me: Pence has a clear, theocratic vision for the United States.”

“Bush was a true believer; Trump doesn’t really try. But I think the evangelicals are happy with Pence, and happy that he’s assigning the [federal judge] appointees,” he added.

The left has shown constant hostility to Pence’s faith, even going as far as to call him a “Christian supremacist.”

“The Bible says count it all joy when you endure trials of many kinds,” Pence said in response to the insult.

“Any time I’m criticized for my belief in Jesus Christ, I just breathe a prayer of praise.”

In 2016, Greaves said that the Satanic Temple’s membership numbers “spiked” within hours of Trump being elected, highlighting the left’s continued alignment with Satanism, the occult, and desire to extinguish innocent life at any stage of development.

Josh from Arizona called in to discuss the code “walnut sauce” found in the Podesta emails. Alex exposes the dark acts being done to children in the pursuit of power.