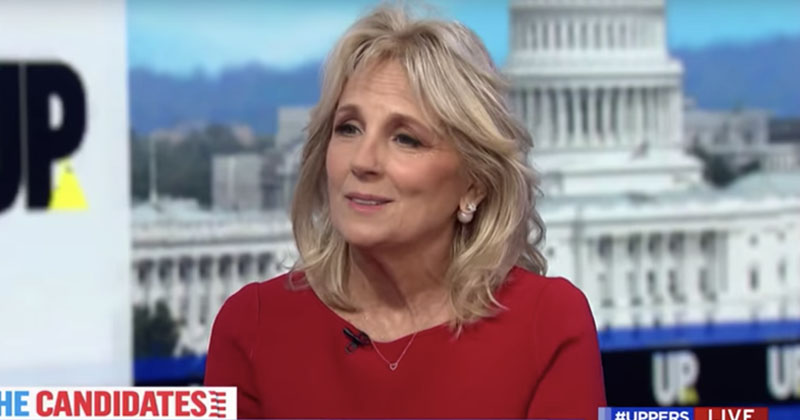 “I know my son. I know my son’s character,” Jill Biden told MSNBC’s David Gura on Sunday. “Hunter did nothing wrong and that’s the bottom line.”

After Gura pointed out that questions about Hunter Biden’s Ukraine dealings just won’t go away, Jill Biden pivoted, framing the situation as two parents trying to defend their innocent son against unwarranted attacks.

“Well, I think that any parent who is watching this show knows that if anyone attacked their son or daughter, I mean, you don’t just sit down and take it,” she said.

“I mean, you fight for your kid, and I think that shows that, you know, Joe’s going to stand up to bullies and bullies like Donald Trump. And it shows his strength and his tenacity and his resilience.”

It’s worth noting that Hunter Biden, a former drug addict and Navy dropout, is 49 years old.

As the Ukraine scandal unfolded over the summer, the Bidens attempted to dismiss the fallout surrounding Hunter and Joe Biden’s involvement in the energy firm Burisma Holdings.

When it became clear that questions weren’t going away, Hunter opted to do a sit-down interview, which backfired spectacularly and only sparked more questions.

Since then, Joe Biden lashed out at voters and reporters on multiple occasions when asked about his son’s role in Burisma, and Biden’s actions to get a prosecutor to drop an investigation into him.