These days, political historians are about the only ones who know who Daniel Ellsberg is. That’s because his heyday, so to speak, took place more than 40 years ago.

For those who are not familiar with Ellsberg, he became famous during the nation’s most tumultuous time in recent memory: The waning days of the Vietnam war, in the early 1970s, when the nation was tearing itself apart socially, culturally and politically.

Ellsberg, you see, was once the country’s most famous whistleblower. The information he leaked did more to sour a generation on the federal government than even Bob Woodward and Carl Bernstein, the two Washington Post reporters who brought down President Richard Nixon by exposing the Watergate scandal beginning in 1972.

What did Ellsberg do? He leaked the Pentagon Papers, a collection of documents that revealed secret information regarding U.S. involvement in Vietnam decades before American troops were sent to die there. Officially known as “United States-Vietnam Relations: 1945-1967: A Study Prepared by the Department of Defense,” the papers served as the first in a series of revelations that disillusioned tens of millions of voters for decades. At the time, Vietnam was being blamed – or scapegoated – for most of what many Americans thought ailed the country, so to find out their government had been involved in the Southeast Asian nation for decades before the war began was devastating.

Now, Ellsberg is once again seeking to hold the government to account for what he believes (and we believe) is a grave miscarriage of justice. In an interview with Democracy Now, an extreme left-wing advocacy group, he says he has become a plaintiff in a federal lawsuit aimed at having a provision of the 2012 National Defense Authorization Act (NDAA) allowing permanent detention of American citizens without ever being charged with a crime struck down.

As Natural News founder and Editor-in-chief Mike Adams reported more than a year ago, that provision of the NDAA allows the military to indefinitely detain anyone even remotely suspected of being a terrorist “with no jury, no trial, no legal representation and not even any requirement that the government produce evidence against the accused.”

A federal judge, Katherine Forrest of the Southern District of New York, has already struck down the indefinite detention provision, ruling that it most likely violates the First and Fifth Amendments. But President Obama ordered his Justice Department to quickly appeal that ruling, saying the 2012 NDAA merely reinstates an existing statute giving the U.S. military the power of infinite detention.

In the interview, he says that, as an American citizen, he’s “whipsawed” by what he is doing but understands it must be done.

“On the one hand, I’m here to attend the court hearing at the circuit court…at the federal court building where I expect to see the Obama administration cover itself with shame in arguing that an American citizen can be detained indefinitely in military custody without charges, indefinitely, violating really, the core principles of law that go back to the [13th century English] Magna Carta,” he said.

“On the other hand, I was up late last night reading the 112-page document of Katherine B. Forrest, and I have to say at the end of that…the judgment granting an injunction saying that these provisions of the law that will be argued and defended by – shamefully, by the Obama administration and by three U.S. senators, who will be claiming that the detention is constitutional and legal – her argument was that it was facially unconstitutional.”

Ellsberg said after he read her detailed ruling and the government’s tortured argument attempting to justify said indefinite detention as constitutional, “I felt pride as an American.”

“I thought, this is the American citizen that I fought for as a Marine. This is a constitutional order, a rule of law, a judge, appointed by Obama, who’s willing to say that her boss was mistaken in claiming that this rule is compatible with our rule of law,” he told his interviewers.

The veteran whistleblower said Obama, like Prof. John Yoo of Berkeley, who authored memos during the Bush administration authorizing torture of some terrorist suspects, “has to be seen as either a rotten constitutional lawyer or a man who, like Yoo, believes that the Constitution simply does not bound an American prisoner in any way in an indefinite law of torture.”

“And either way, I believe we have here impeachable offenses by all of the people arguing this case, including the three senators – McCain, others – who will be arguing today on this,” Ellsberg said. “We should be looking at [John] Brennan [Obama’s nominee to head the CIA] and the other people connected with the torture program not in terms of confirmation hearings, but in terms of impeachment hearings and convictions.”

Ellsberg said the NDAA provision is merely an extension of unconstitutional government behavior stemming from the 9/11 attacks and the U.S. global war on terror.

As a law, the provision is “unprecedented, but as a practice – what we’ve seen for the last 10 years is a systematic assault on the Constitution of the United States in every aspect – in the aspects of the illegal surveillance, the warrantless surveillance, which was conducted against me 40 years ago by President Nixon and then led to his impeachment proceedings, but is now regarded as legal. That’s the way the law has changed.” 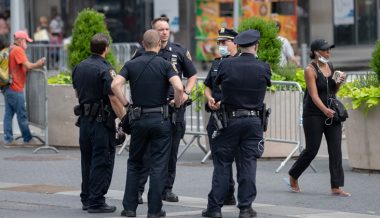