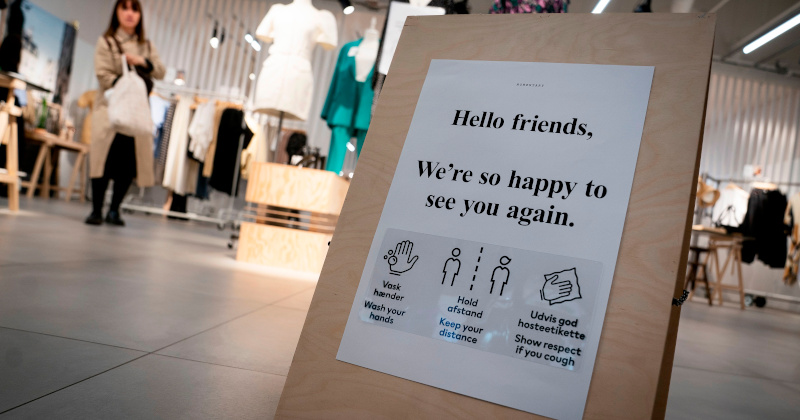 The measures taken by the Danish government to suppress the novel coronavirus have made the second and third waves of infection very unlikely, Kåre Mølbak, the head of Denmark’s State Serum Institute (SSI), has said.

“If the virus had just run free run and we had done nothing, then there would be a likelihood that another wave would come,” Mølbak told Danish Radio.

The new Danish guidelines also removed a ban on buffet dining in restaurants and emphasised that hand sanitiser is in most cases no more efficient at countering COVID-19 than using soap and water to wash your hands.

According to Mølbak, Denmark has “learned how to deal” with the infection, has a proper testing capacity and is able to isolate the sick. Mølbak also ventured that the new test, track and trace strategy announced on Tuesday would prevent a new wave of the infection.

According to the SSI, the reproduction number, that is the number of people each COVID-19 patient infects, has fallen to 0.7, which means that the epidemic is on its way to extinction despite steps being taken to gradually lift the lockdown.

“We are still on the downward curve. That is why I am very confident now that we are entering the second phase of re-opening,” he said.

Meanwhile, the Danish Health Authority has halved the physical distance citizens are advised to keep from one another ahead of the re-opening of shopping malls, restaurants and cafés across the country, from 2 metres to 1 metre. In most cases, this minimum is sufficient, the authority pointed out.

According to Danish Health Authority Director General Søren Brostrøm, the single most important measure in dealing with COVID-19 is that people with symptoms self-isolate in their homes or be taken to hospital. The next most important step is that they maintain proper hygiene practices by coughing into their sleeves and washing their hands frequently, and washing surfaces. Keeping a physical distance only came in third, Danish Radio reported.

The 2-metre distance is still advised for circumstances involving an increased risk of droplets, such as group singing, as well as for high-risk groups, such as the elderly.

The new guidelines also removed a ban on buffet dining in restaurants, and emphasised to Danes that hand sanitiser is in most cases no more effective at countering the virus than the regular kind of washing hands with soap and water.