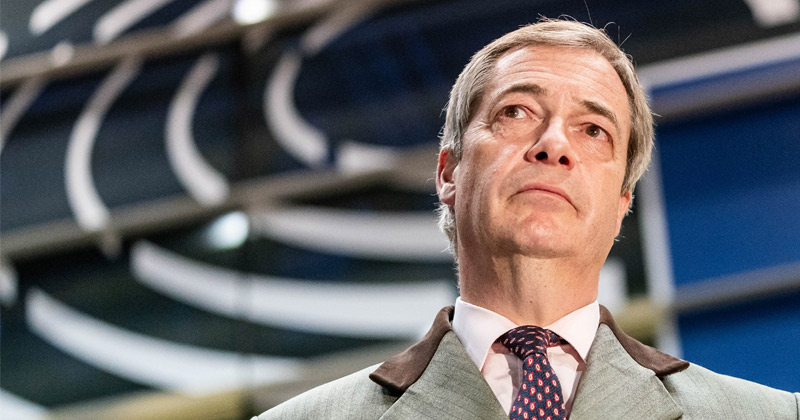 Farage’s warning comes as a pro-Biden firm stated frankly that President Trump would win in a landslide on election night, only to “lose” later on as millions of mail-in ballots are “counted.”

“On the day, he’ll win the vote. My worry, and you just touched on it, is this early mail-in voting,” Farage said.

“I’ve seen postal voting, the British equivalent of this, abused wholesale in the United Kingdom to the advantage of the left.”

.@Nigel_Farage: President @realDonaldTrump's base is still very highly motivated. I think he will win in November, but the early mail-in voting is potentially a dark cloud on the horizon pic.twitter.com/uW3kSEUIjq

“The worst scenario of all is on the morning of the fourth of November, Trump looks like the winner, and then over the course of the next ten days, all these mail-in votes are counted and the result gets reversed.”

The Brexit architect called the prospect of mail-in voting “a dark cloud on the horizon” because its easier for “dark art operatives in the Democrats” to fraudulently add in fake ballots.

“Trump is quite right to raise a flag and to say this is not how elections should be conducted because they’re open to abuse,” he added.

To illustrate, last month it was reported that a dead cat had received a voter registration form in the mail.

Additionally, a citizen journalist reported that Democrats were harvesting mail-in ballots from nursing homes in Texas by fraudulently submitting ballot applications in bulk.

Farage’s warning isn’t all that surprising considering that Joe Biden can’t count on voter enthusiasm to win the election:

Here are the people who showed up for Biden's big speech in Pittsburgh today pic.twitter.com/Oegbts8avA

Now Facebook is willing to censor official data from a government agency!