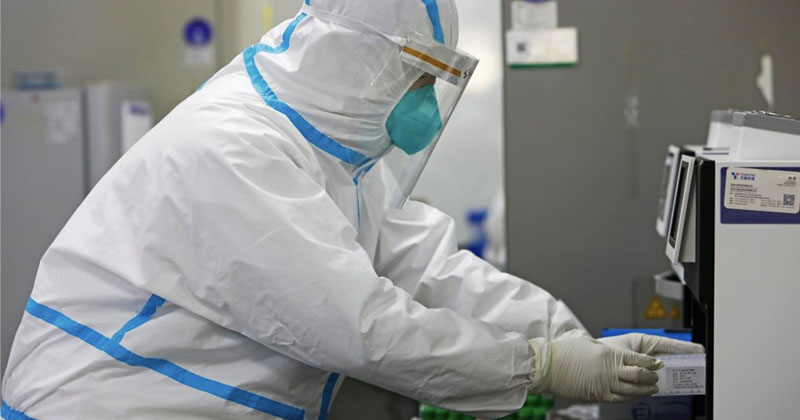 Germ warfare researchers at the Pentagon’s shadowy advanced projects unit have developed a new coronavirus test that could spot infected patients before they become contagious, originally created to diagnose victims of bioweapons.

The Defense Advanced Research Projects Agency (DARPA) says the new test may be capable of identifying infections within 24 hours, some four days prior to any of the test kits currently available, the Guardian reported on Friday. The rapid diagnosis could find carriers well before they show symptoms and become contagious, which typically occurs within two to 14 days after infection.

Initially designed to detect poisoning from biological and chemical weapons, the tests were hastily repurposed after the health crisis erupted late last year. Since they already employed the same polymerase chain reaction (PCR) machines used to check standard coronavirus nasal swabs, the tests needed only “a simple tweak” to refocus them to Covid-19, according to Dr Eric Van Gieson, who helped to create the original bioweapons test.

Calling the project a potential “game changer” in combating the pandemic, the head of DARPA’s biological technologies office, Dr Brad Ringeisen, said the test could fill a “diagnostic gap worldwide” if it receives emergency approval from the FDA, which could happen as early as next week.

The test will look at the body’s immune response, rather than for the virus itself, which the researchers hope will detect infection faster than the nasal swabs available now. “Because the immune response to infection develops immediately after infection, a Covid signature is expected to provide more sensitive Covid infection diagnosis earlier,” said Stuart Sealfon, who heads up a team of scientists at Mount Sinai hospital in New York.

While the research – a collaboration between teams at Mount Sinai hospital, Princeton and Duke University – currently sits behind closed doors, it will eventually be published for review by other scientists. If the FDA grants the test emergency approval, it could be introduced in the US sometime later this month.

“We are all extremely excited,” Van Gieson said. “We want to roll this test out as quickly as we can, but at the same time share with others who might want to implement in their own countries.”

Known for its more bizarre and science fiction-like projects – such as those looking into mind control, telekinesis and weaponized insects (robotic and otherwise) – the secretive agency has turned its attention to the coronavirus pandemic in recent months. In addition to the new diagnostic test, DARPA scientists are also working toward antibody treatments for the deadly pathogen, which has infected some 3.3 million people – over 1.1 million in the US – killing in excess of 213,000 worldwide.

Alex Jones breaks down the depopulation agenda being pushed by elitists bent on using bioweapons to subvert the population.