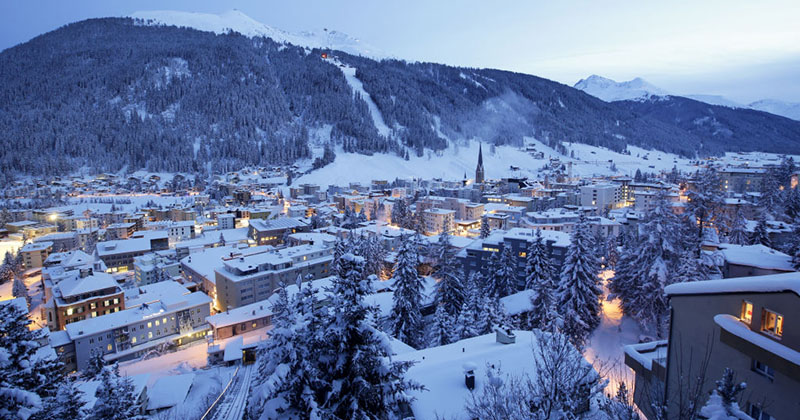 In an ironic twist, globalist elites gathering in Davos, Switzerland to discuss global warming have been delayed due to the town being buried in feet of snow.

Many of the summit’s hundreds of speakers, including heads of state and business leaders, were late for their press conferences and speeches as six feet of snow piled onto the Swiss ski town over the last few days, reported the New York Times.

“What shall we do,” said Davos mayor Tarzisius Caviezel at a news conference on Monday. “It’s impossible. We can do nothing.”

President Trump has already blistered the globalists on their global warming narrative and Paris Climate Accords following the unprecedented “bomb cyclone” that brought record cold temperatures across most of the U.S. last month.

In the East, it could be the COLDEST New Year’s Eve on record. Perhaps we could use a little bit of that good old Global Warming that our Country, but not other countries, was going to pay TRILLIONS OF DOLLARS to protect against. Bundle up!

The cold snap even brought snow to the Sahara Desert in North Africa earlier this month.

Trump is expected to deliver a signature “America First” speech to the globalist body on Friday.

“Expect this president to go there and show what ‘America First’ continues to look like on the world stage,” White House Counselor Kellyanne Conway said on Fox Business Network.

“He is certainly willing to engage on trade, participate in the global economy. However, he has made it very clear that it will always benefit Americans: American workers, American interests and our American allies.”

The theme of this year’s globalist summit is “Creating a Shared Future in a Fractured World” – in other words, how to maintain global governance in the age of Trump and rising nationalism.

Already, leaders are trying to salvage the globalist message ahead of Trump’s visit.

For example, India’s Prime Minister Narendra Modi admitted in a speech Tuesday that “globalization is losing its luster.”