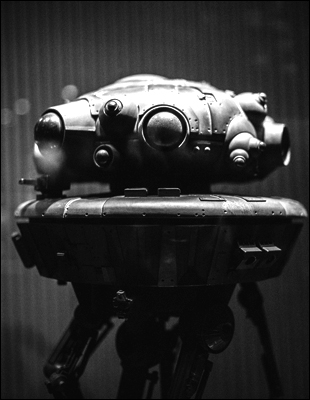 Self-driving cars operate as ground-based surveillance drones collecting images and data on both drivers and the public at large, according to World Economic Forum insiders.

“The availability and resolution of imaging from satellites, drones, self-driving cars and more will continue to increase exponentially,” said Sedicii Innovation CEO Rob Leslie, an agenda contributor for the 2016 World Economic Annual Meeting in Davos-Klosters, Switzerland from Jan. 20-23. “This will drive the creation of ever more sophisticated analysis algorithms, products and companies.”

In other words, the tech elite – and their partners in government – are attempting to transform the automobile from a symbol of freedom into another surveillance node in a centrally-controlled data network in which car companies, insurers and government bureaucracies track, tax and control drivers.

Another Davos attendee, Business Insider’s Matthew DeBord, previously revealed that data collection is the “glue that binds up” both self-driving cars and soon-to-be-released cars communicating to one another via vehicle-to-vehicle communications.

“General Motors has made a big bet on high-speed wireless connectivity throughout its vehicle fleet,” he wrote. “Luxury carmakers such as BMW and Audi are rapidly enhancing the ability of the their cars to be as digitally enabled as smartphones, and Google and Apple are aggressively experimenting with both software and hardware, through Android Auto, self-driving cars, and Apple Car Play.”

The Department of Transportation is already trying to require vehicle-to-vehicle communications installed in every new car and truck sold in the U.S. which would force vehicles to share data such as speed and direction with each other via WiFi-style technology under the guise of “accident prevention.”

“Our goal is to see this technology put in place as soon as possible,” Transportation Secretary Antony Foxx said.

It’s quite plausible this technology will also allow cops parked on the side of the road to gather speed data from passing cars without the need of radar guns.

And with vehicle tracking, big government politicians could also accomplish their goal of taxing drivers by every mile driven.

Car companies and their technology partners also have an interest in data collection which can be resold to third-parties for advertisement purposes.

For example, General Motors admitted in 2011 its OnStar system collects and sells personal data from your vehicle such as speed, location, seat belt usage and other information.

“Who would be interested in that data, you ask? Law enforcement agencies, for starters, as well as insurance companies,” Zach Bowman with Autoblog.com reported. “Perhaps the most startling news to come out of the OnStar terms and conditions is the fact that the company can continue to collect the information even after you disconnect the service.”