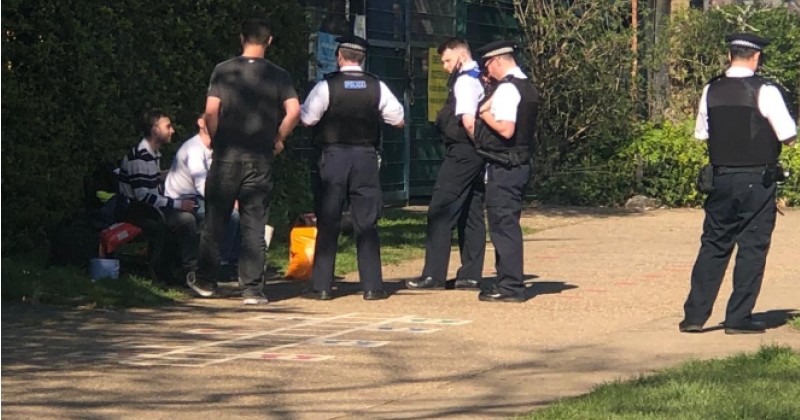 Even as the UK was supposed to be entering a virtual lockdown, police were forced to break up BBQ parties across the country.

Last night, Prime Minister Boris Johnson announced new measures that banned gatherings of more than two people and only allowed people to go outside if they’re traveling to work, buying food or exercising.

Many Brits ignored the demands and behaved as normal.

Officers were called out to the Foleshill area of Coventry after more than 20 people gathered for an outdoor BBQ.

Unbelievably, we’ve just had to deal with 20+ people having a BBQ!! Please listen to government advice else this will get worse and will last longer!! #RIPBBQ #COVID19 #StayHome #Foleshill #Coventry pic.twitter.com/INhXbCjd05

An image showing a BBQ on the floor was tweeted by Foleshill Police, who said, “Unbelievably, we’ve just had to deal with 20+ people having a BBQ!! Please listen to government advice else this will get worse and will last longer!!

Another group of men also tried to have an outdoor BBQ on on Fortune Green in London but were told to disperse by police. At first they ignored the demand and had to be told a second time.

Seems the message didn’t get through clearly enough the first time. Police back a second time to deliver the message a bit more forcefully. The three BBQ idiots have now gone.
Such irresponsible, selfish & totally moronic behaviour, could see us forced to close parks totally. pic.twitter.com/JC0T4bjoZd

Meanwhile, in another incident a gang of youths torched two Iceland food delivery fans in Southmead, completely destroying them.

The vehicles were set on fire after riot police arrived to disperse the gang, who threw missiles at officers.

Food delivery vans are crucial to get essential items to elderly people who are under quarantine.

That didn’t seem to bother the ‘urban youths’, who will no doubt be back out on the streets tonight.

2 of our vans in Southmead were burnt out last night during disturbances in the town. At a time when home delivery is literally a lifeline for some vulnerable people, this is sickening. pic.twitter.com/rctNiIkRia